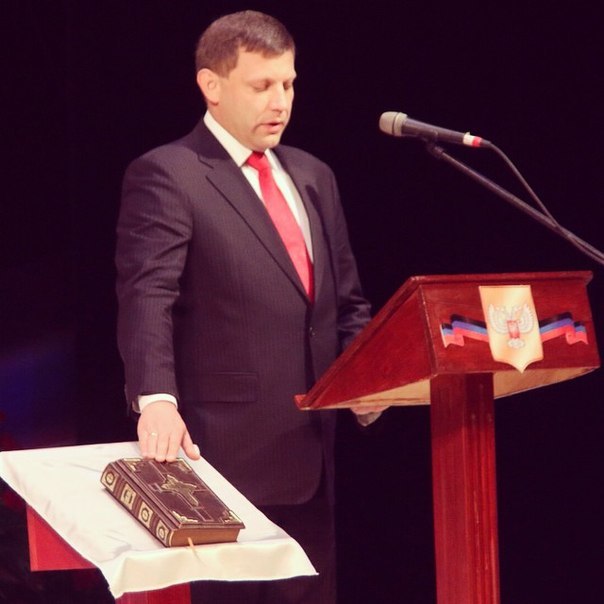 The ceremony took place in Donetsk Music and Drama Theatre.

Zaharchenko sworn on the Bible. “I solemnly promise to honestly serve the interests of the people, Donetsk People’s Republic, and conscientiously perform my duties,” – said the words of the oath, “the head of the” DNR.

Aleksandr Zakharchenko named himselves as “the head of the DNR”. In May 2014 was appointed as a military commander of the Donetsk. Subsequently appointed Deputy Interior Minister DNR. The commander of the “Oplot” of the army DNR to July 7, 2014. Personally involved in the battles, was wounded in the arm, commanding the attack on the locality Kojevnia July 22, 2014. On July 23, 2014 has the rank of Major.

August 7, 2014, after retiring from the post of President of the Council of Ministers of the People’s Republic of Donetsk Alexander Beard, took his post. August 8, approved by the Supreme Council the post in DNR. 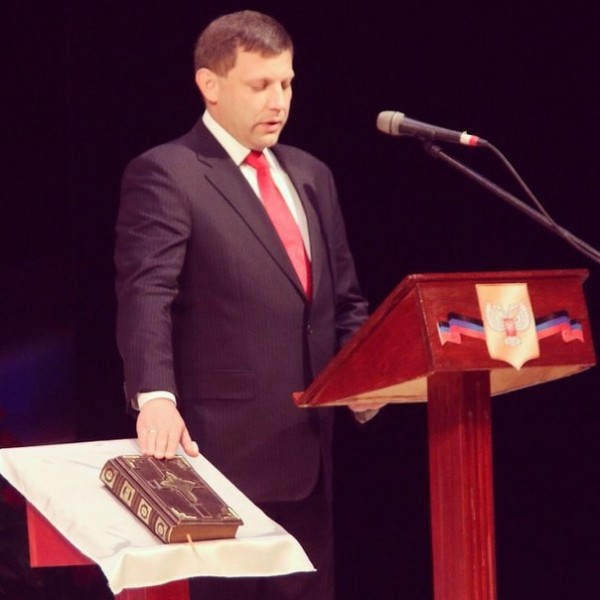 In Donetsk, with songs and dances, bear and children was inaugurated ringleader of "DNR"

No Replies to "Aleksandr Zakharchenko - "crowned""