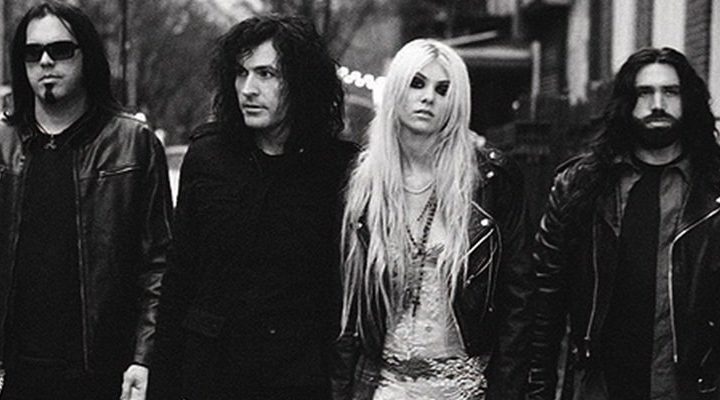 Today’s talk is about famous rock’n’roll band “The Pretty Reckless”. We will discuss their last album and what is more interesting – the shocking behavior of their frontwoman – Taylor Momsen.

During 2013 and 2015, the band traveled the world, touring in the support of their second album named “Going To Hell”. A crazy mix of hard rock and roll and dirty blues, the album debuted in the top 5 on the “Billboard Top 200” and  #1 Mainstream Rock singles, “Fucked Up World,” “Follow Me Down” and 2014’s most successful song in the style, “Heaven Knows,” which spent  18 weeks on the top . Their fiery shows earned them a great number of new fans around the world.

Despite the fact that the band was physically and emotionally tired after the ending their two-year lasting tour, Momsen and Phillips started writing new songs for their third album, the “Who You Selling For”, which was released by Razor & Tie in October.
The album’s first single, “Take Me Down,” is a story of madness, with Momsen delivering such lyrics as “I spend all night and day”,”How much harder can I play?”,”You know I gave my life to rock and roll?”, “It’s about wanting something so much you’d sell your soul for it,” Momsen says that she and Phillips were inspired with “Crossroads” by Robert Johnson. “Back To The River” is about the desire to run away from everything, to go where no one can find you, while the song “Wild City” is influenced by being young and on lonely in New York (“We wrote it while we were walking around Rivington Street on the Lower East Side,” Taylor says). The most aggressive song on the album is “Oh My God,” about which Momsen talk as “self-confession right out of a journal. I think it speaks for itself.” And finally “Who You Selling For” shows to music being a form of rescue and describes how the other songs on the album reach into all forms of rock and roll searching for “The Answer.” The song inspired the album’s title, asking fans to take a look at their own lives. “For me, it’s a question that challenges what I’m doing with my life,” Momsen says. “It questions the meaning of my actions whatever they are. It also defines the record in a grander way by asking the listener to look into the meaning of each song past the obvious.”

According to the sound “Who You Selling For” varies  between hard rock (“Oh My God,” “Prisoner,” “Wild City,” “Living In The Storm”) and gentler, more slowly moments (“The Walls Are Closing In,” “Take Me Down,” “Back To The River,” “Who You Selling For,” acoustic ballad “Bedroom Window,” and closing track “The Devil’s Back”), giving Momsen a space to show the power of her voice. She is one of the rock’s most charming current lead-singers, capable of being daring and attractive, daring listeners to ignore her at their own peril with a fiery haughtiness that has only grown more fantastic as she gets older. (She was only 15 years old, when “The Pretty Reckless” wrote and recorded their successful debut album named “Light Me Up”, which was released in 2010.)

Taylor’s voice sounds all the more intimate thanks to the bare way that she and Phillips, along with their producer Kato Khandwala, recorded the songs. “It’s the most natural recording possible,” says Phillips. “It’s all performance-based, nothing was fixed. If Taylor walked in and sang the song and it didn’t work, she’d walk right out.” When more than just guitar, bass, and drums were needed, additional musicians were invited in, including guitarist Warren Haynes (Allman Brothers), guitarist Tommy Byrnes (Billy Joel), and keyboardist Andy Burton (Ian Hunter), as well as backing vocalists Janice Pendarvis (David Bowie), Jenny Douglas-Foote (P!nk), and Sophia Ramos (Rod Stewart). “It was so great having that many musicians in a room playing together and just hitting the record button,” Momsen says. “It’s very gratifying to feel the players and singers represented as they are. It gave life to these songs that were written tucked away in a bedroom and it enabled us to really deliver the most honest performances possible. What you hear is what it sounded like, no frills. That’s it.”

It’s the band’s readiness to bare their souls and feelings that have earned them such a loyal fan base — people who identify with the raw frankness of the lyrics and brave way they are expressed. “I’ve had such a strange life,” Momsen says. “I’ve always felt on my own, running around the world on some mission that I barely understood. Our fans have been the ones who were really there for us. They have supported us through the good times and the bad. I owe them gratitude. They are the inspiration when things look too bleak to keep going. I know it’s been said a million times, but it’s true, I wouldn’t be here today without them. They make this all possible.”

Taylor Momsen worked very hard to embody the tragically bad teen star. While leading her band, “The Pretty Reckless”, she took off pants, covered her eyes in black, and made out with women on the stage during her shows. Unfortunately, Momsen’s refusal to wear clothing—she showed up at the presentation of Justin Bieber’s “Never Say Never” in a pair of rubberized panties—started to hide her talent in the shadows.

She was little Cindy Lou Who in “The Grinch Who Stole Christmas” She was the preppy  Jenny Humphrey on “Gossip Girl”, she was even this little sweet child in the “Shake ’n’ Bake” commercial. But there is no light without the dark, and we imagine all of this implemented wit as a kid forced her to reserve a huge wad of rebellion, which came out in her rock ’n’ roll.  “Music is where I can be me”, she said after she started recording with the band “The Pretty Reckless” in 2010. The group had a little bit of success, but the still-17-year-old grabbed more headlines for her shocking behavior. She would make out with fans onstage, wore a shirt reading “I F–k For Satan”, filmed nude scenes for her music videos, and gave masturbation advice. In general, lots of risky and shocking behavior, but we will give pride of place to when the singer went topless onstage. For us, that’s the moment she jumped the nudity shark.

The Most Famous Quotes about New York City