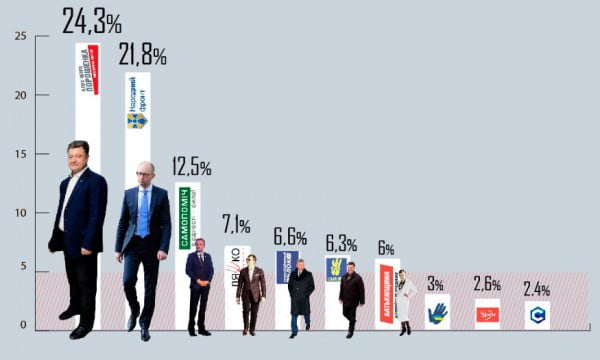 Parliamentary elections in 2014 – the first results of exit polls announced immediately after the polls closed.

On the day of the elections to the Verkhovna Rada of Ukraine there have been several exit polls held.

On Sunday, October 26th, the extraordinary parliamentary elections to the Verkhovna Rada of Ukraine were held. Polling stations had been open from 8:00 AM to 20:00 PM.

29 parties participated in the elections which have nominated their electoral lists, and 3322 majoritarian candidates running for both the political forces and the self-nomination.

Early results of exit polls were announced immediately after the polls had been closed.

According to the National exit poll, seven political parties are in parliament.

23% of voters gave their votes for Poroshenko’s Bloc;

According to the International exit poll, political Party of President of Ukraine gains 22.2% of the votes of Ukrainian citizens. 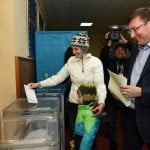 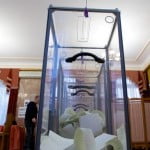 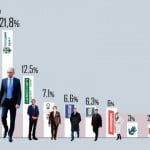 Nina Dobrev in a twitter. What it's all about?

No Replies to "Election polling results 2014"