Well-known writer and actor Eugene Grishkovec, who recently came out of the LiveJournal, believes that in five years will begin the mass exodus of Internet users of social networks. 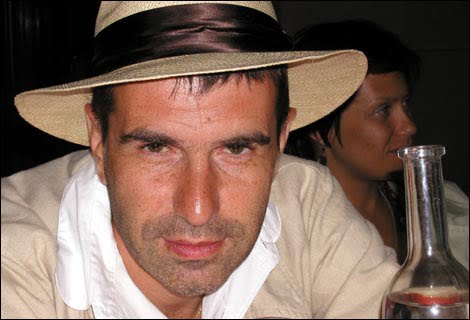 “I am convinced that within five years and, as will a large outflow of people from social networks. There may come an influx of new people, but that those who lived there five or six years, pioneers in Social Network, they will leave because it is a fictitious life. This is a surrogate life. will migrate from LJ to FaceBook from FaceBook to Twitter. Even now Learn a large outflow of sane people after my exit. Not that I have provoked, but it happened. In Twitter or FaceBook for skis or a tent with my friends to go to impossible, barbecue does not sing in facebook “, – said Grishkovec reporters in Ulyanovsk, where on Saturday came with his performance in the tour.

The writer added that now there is none in any of the social networks, but there are a lot of his “twins”, especially in the “Classmates” and “VKontakte“.

“Imagine that my wife is registered in the” Classmates “and she recently some Eugene Grishkovec with my photographer suggested to be friends” – he shared.

On Sunday at the Ulyanovsk regional drama theater named after Ivan Goncharov was a sold-out solo performance Grishkovtsa “How I Ate a Dog,” which, according to him, since 1998 has been raised already about 530 times and translated into many languages.

Grishkovec noted that he liked the Ulyanovsk viewers, including those that are not too hampered by mobile phone ring tone.

“I am pleased, as was the performance. The number of telephone calls is relatively small. The number of calls has always said that if people go to the theater, they are accustomed to the culture of the theater or not. In Moscow, it would seem, for all the rollicking of this city (although I’m in Moscow not live, I live in Kaliningrad) is almost never call mobile phones for the reason that many people go to theaters. They are accustomed to this ritual. Also, in St. Petersburg – will not be in a huge theater calls. In Volgograd, will continually call. Here (in Ulyanovsk), the situation with that in general, normal, pretty soon even if there were only three or four for the entire show, “- said Grishkovec.

On Monday Grishkovec attending Ulyanovsk Distillery to see how to make vodka on the basis of water from Lake Baikal. And next time, if you come to Ulyanovsk, wants to go on a tour of the museum Goncharov.

“I served (the Navy) in the wrong place – the base was in the Bay Postovaya where the bottom lies the frigate Pallas (which in the years 1852-1855 traveled writer Ivan Goncharov). My house is even a sliver of it – the divers got “- Grishkovec shared with reporters.

“It’s very unusual spectacle began at 5 pm in Moscow, I’m playing at 9 o’clock. Everything here is very unusual in this sense” – said Grishkovec and promised more to come from other performances.

He also noted that the first visit to Ulyanovsk.

“In this round, I have two of the city where I was not. It Ulyanovsk and Penza. And I will try in this season and the next visit those cities in which I was not, because for 11 seasons, I know the country” close to map “, as” Dead Souls “by Gogol close to the text,” – said the writer.﻿

"VKontakte" may open an office in Kiev - iForum, Vladislav Tsypluhin