Microsoft Lost A Competitor in the Battle for Profit

Profit of Microsoft Corporation, the world’s largest software maker, for the third quarter of 2010-2011  fiscal year was $ 5.2 billion. It became lower than the profit of its main competitor Apple company for the first time in 20 practically years  – Apple earned $ 5.99 billion. 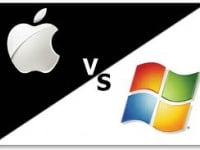 Microsoft lost a competitor in the battle for profit

As the “Euronews” inform, Microsoft loses traditionally strong market position in operating systems and Internet browsers, but the growth in sales of office applications allowed  Bill Gates to compensate these losses.

The Dutch are the Most Active In Twitter and LinkedIn