The Council of National Security and Defence believe that the project “Novorossia” has failed, because the locals do not have the required support.

This was stated by press secretary of the National Security Council Andrei Lysenko at the briefing, responding to a reporter’s question about whether the protests against the militants in the Donbass gave any results.

“These “food riots”… social tensions that are on the territory, controlled by militants, is becoming uncontrollable. People abandoned to fend for themselves, they do not provide anything, machines for printing money, which were brought, did not save the situation”, – he said.

“Due to the fact that local residents warned about counterfeit money, they will not go into use, in the stores do not accept them, people refuse to receive them, because it is not a monetary unit for the acquisition of objects or products”, – said Lysenko.

According to him, “it is absolutely natural reaction of people who require the so-called “power” to make all the social needs of the people were satisfied”.

See also: In Donbass entered new column of military equipment and hundreds of mercenaries from Russia

“So far, they can not perform – and a wave of discontent is growing”, – said a spokesman of the information and analytical center of the National Security Council.

“Project Novorossia, which first cultivated, already died down, and there are no supporters who would support it, because the social situation shows that actually happens”, – he said.

“The militants can not handle it, and by force of arms, they will not solve the situation – since the calculations were on the locals who would have to support terrorists. Now there is no such support. They got a negative on the contrary”, – says Lysenko.

According to him, “this is the logical conclusion of the so-called “DNR” and “LNR”.

“And we will do everything possible to help our residents. Will be prepared and humanitarian convoys, and all that is necessary for the people. At the very least, all that guarantee the Ukrainian authorities, they all perform”, – said Lysenko. 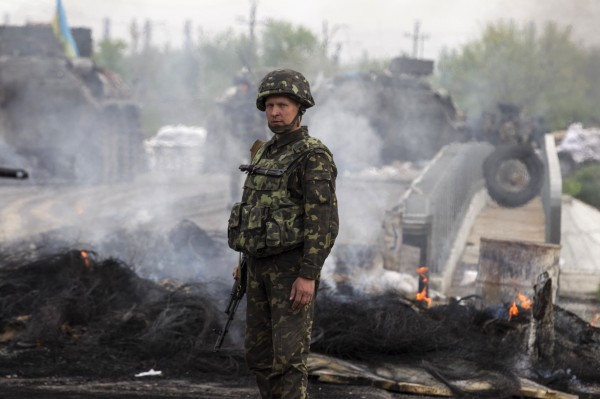 Terrorists near Donetsk back down

No Replies to ""Project "Novorossia" died down" - National Security Council"