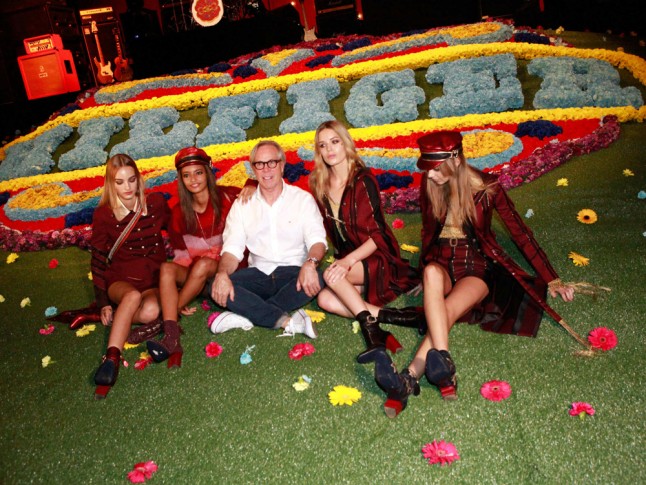 Rock ‘n’ roll collection of Tommy Hilfiger Spring-Summer 2015. What clothes to choose to be fashionable?

Having chosen a typical visitor of a summer music festival as the main character of the spring-summer collection 2015,Tommy Hilfiger implements long love of music and rock ‘n’ roll.

In Tommy Hilfiger’s ready-to-wear collection spring-summer 2015 clearly sounds of rock ‘n’ roll theme. The main trend of the coming season – the 70s, that presents in a collection very brightly. It seems no coincidence that among the mannequins of the show was Georgia May Jagger, who opened the show. In the collection of Tommy Hilfiger Spring Summer 2015 were recreated iconic images of the details of the musicians of the late 60’s – early 70’s, the golden era of rock. Summer by Tommy Hilfiger embodies the energy of a free-spirited young representatives of the new generation.

Flower, star prints, mosaic patches and strips are shown in wine red, dark blue, beige and blue. Details of metal and brocade, rivets, flared trousers cause nostalgic memories of the life of the inhabitants of the King’s Road  in the heyday of rock ‘n’ roll.
Military style is a bright motive collection embodied in a slightly theatrical costumes, guardsmen Cape with rows of gilt buttons and leather caps that are so loved by rockers. 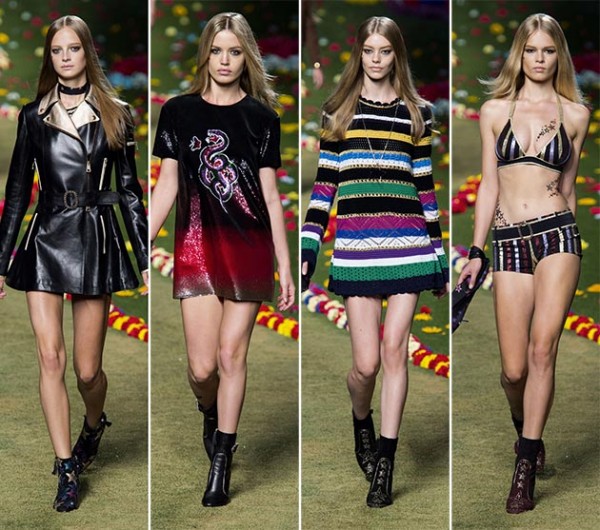 Long, slightly flared striped pants, colored coats, vests, worn almost on the naked body, striped scarves, tunics with prints of the stars and the same “star” shoes – all of these images were as if created for wearing them to see the summer rock festival.

Denim clothing assembled from parts of different color resembles a mosaic or patchwork – a tribute to the style of the 70s. Semi-transparent dresses of silk and chiffon with star prints the designer offers to combine with old school swimwear and mini-shorts. 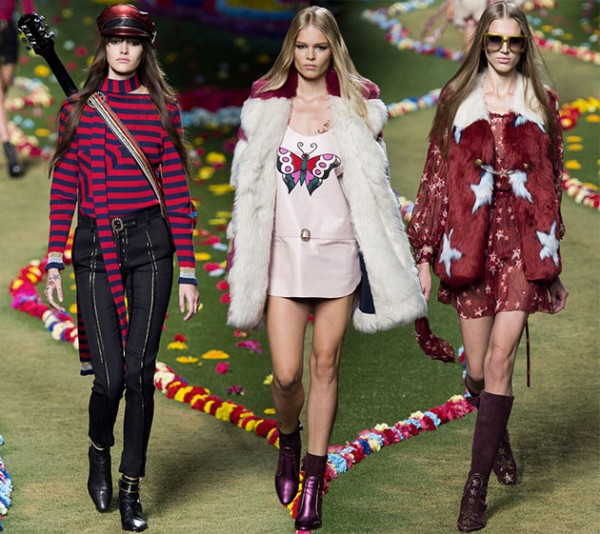 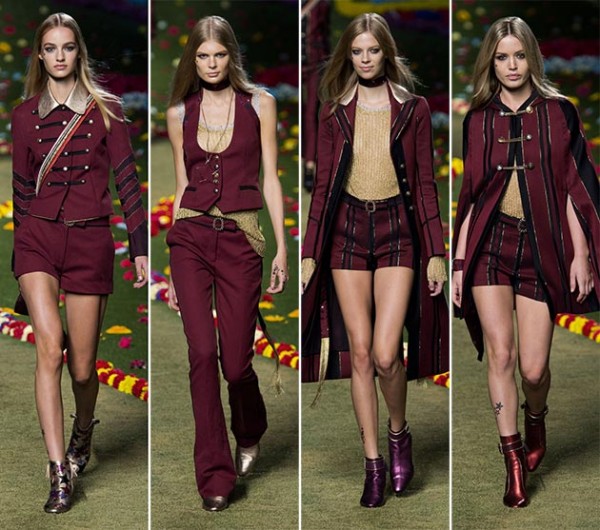 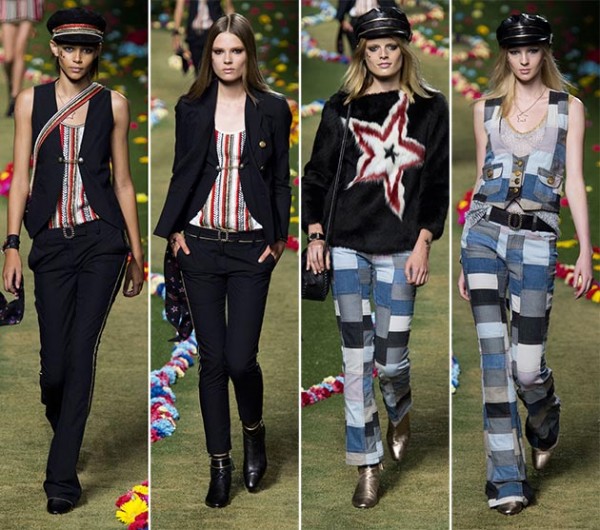 Knitted line is decorated with paintings inspired by the iconic style of tattoos  by Fernando Lions.
Designer supplements the images with rich details: extralong scarves, kerchiefs, tied on the wrist, bracelets, belts with buckles, massive medallions. Hats and fur jackets are necessary attributes of the backstage inhabitants and frequenters of musical events.

Review of the collection of Michael Kors Spring Summer 2015. What clothes are trendy in 2015?

No Replies to "Rock 'n' roll collection of Tommy Hilfiger Spring-Summer 2015. What clothes to choose to be fashionable?"