In an interview with Reuters Apple cofounder Steve Wozniak said that he would consider returning to Apple, if asked. And if it were possible for the engineer who created the first two computer Apple, he would have done iOS more open. 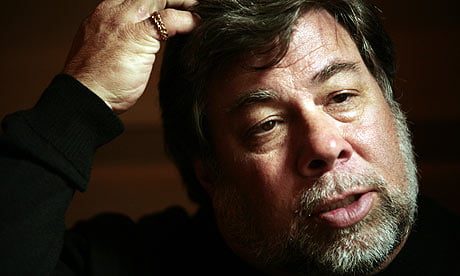 “I believe that Apple may be more open and not lose sales,” – said a fan of the iPhone in an interview Friday. “I’m sure they take the right decisions for Apple for the right reasons.”

When a reporter asked Wozniak, whether he intends to return to an active role at Apple, he replied: “I consider this possibility, yes.”

Wozniak is often credited with creating the first computer Apple, who was famously built by him and his friend Steve Jobs in a garage last in 1976. After Wozniak lost his memory in a serious airplane accident in 1981, he began to perform a less active role at Apple. In 1987, Wozniak officially left Apple and picked up the creation of startups. However, it is still listed in the Chamber of directors of Apple, and even receive a salary.

At the moment, Wozniak is the chief scientist of a startup Fusion-io. In 2009, he showed his latent talent show “Dancing with the Stars.”

He also is not shy of his admiration for Android. Last fall, a Dutch newspaper quoted Wozniak, where he said that Android will eventually dominate iOS because of “more features”. Later, Wozniak said Engadget: despite the fact that he thinks that Android will dominate iOS in the future, it does not mean that in his view Android – an excellent platform.

“I’m not trying to offend Android”, – he said. “But I do not think it’s better than iOS … Android may have a large market share and continue to be crappy.”﻿