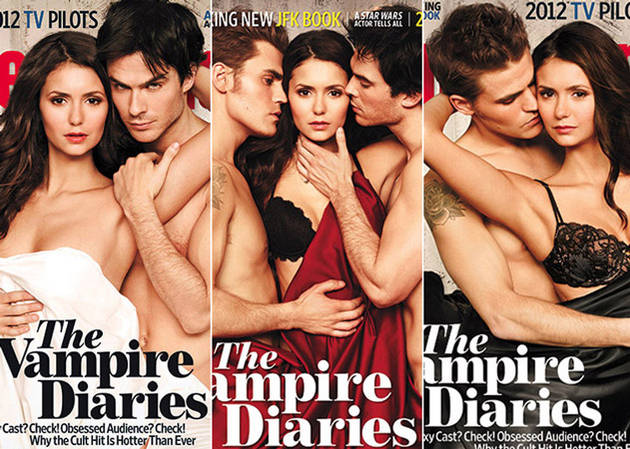 Nina Dobrev, Ian Somerhalder and Paul Wesley participated in a candid photoshoot for Entertainment Weekly magazine. Latest Issue will be available with up to three versions of the cover, each of which you can see Nina Dobrev and other characters of the series “The Vampire Diaries” in topless dresses. 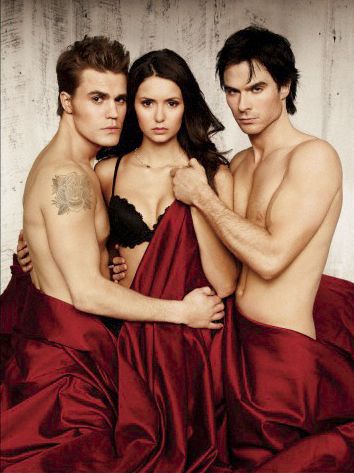 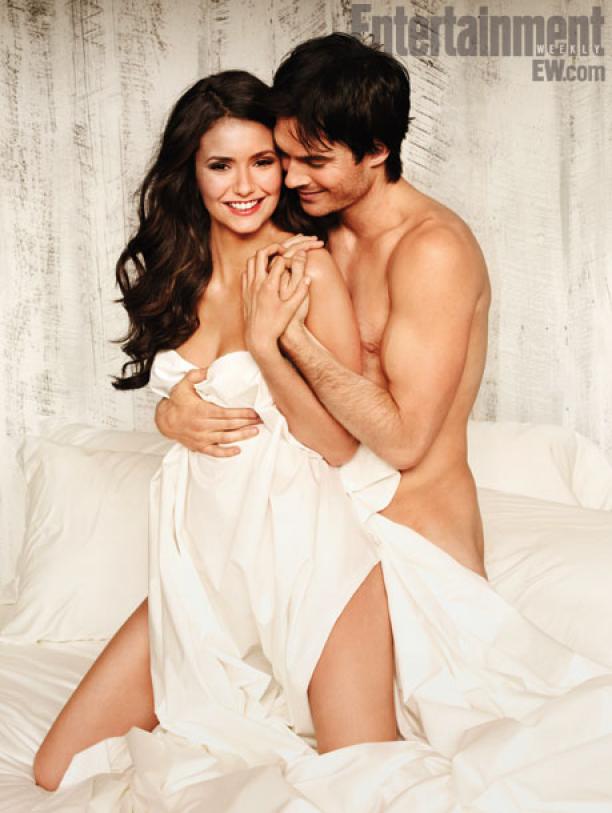 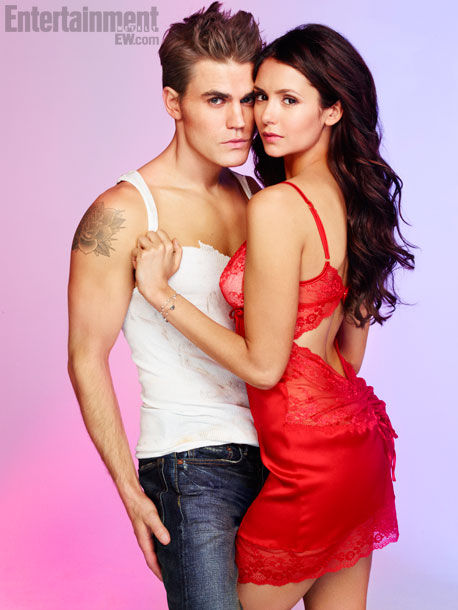 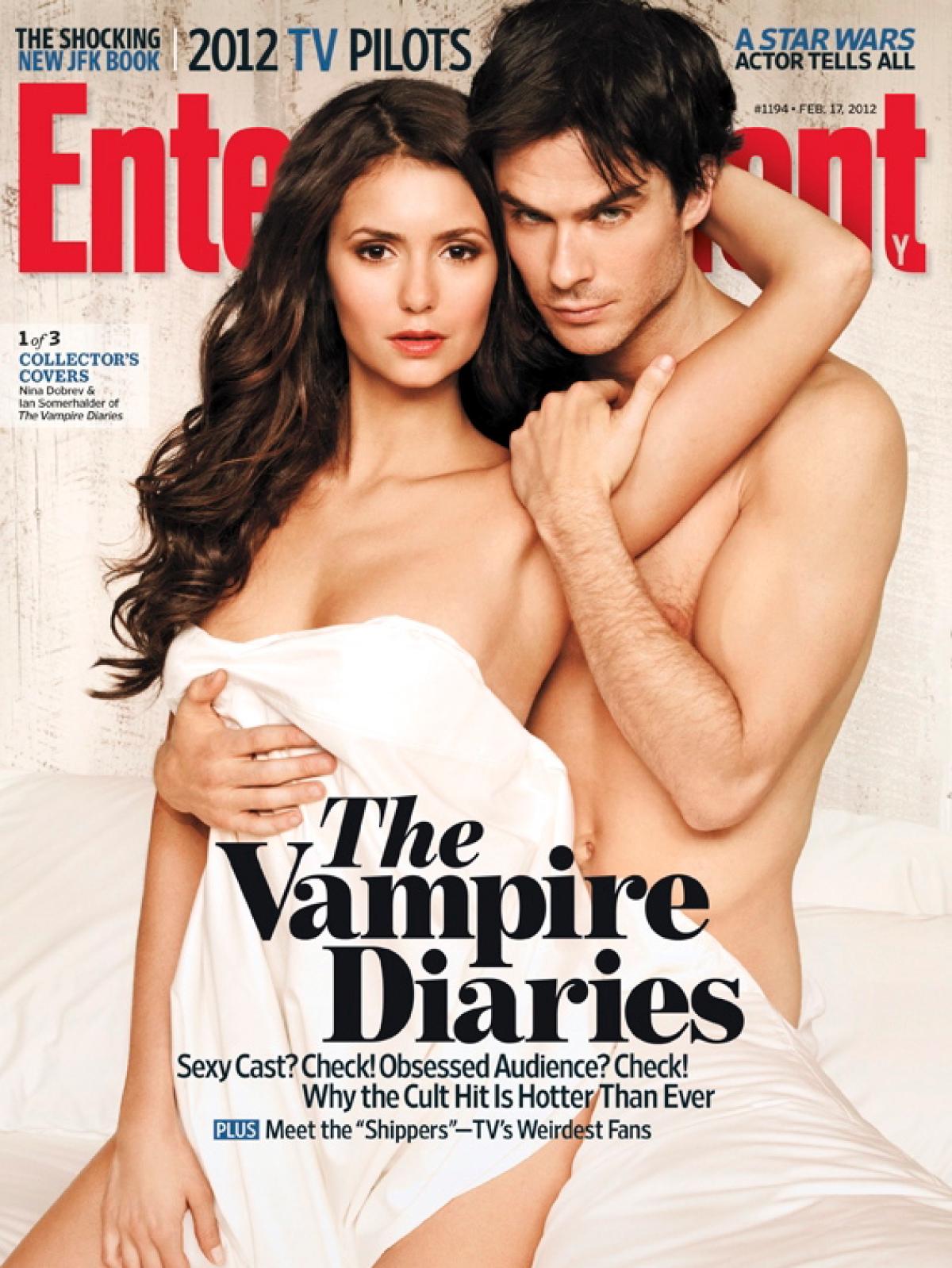 People say that not only in “The Vampire Diaries” Nina run from one brother to other. A lot of fans of the series thought that Nina Dobrev started dating with Paul Wesley after her break with Ian Somerholer. 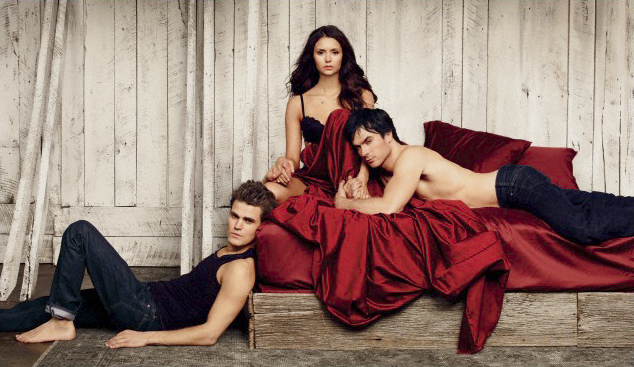 But the actress, it seems, has decided to cancel her love affairs with the partners from the series “Vampire Diaries.” After the break with Yen, it has managed to turn a relationships with several men. One of her choice was the star of the series “Breaking Bad” Aaron Paul. Nina spent weekend in New York Central Park with him. But think about their love affair may be too early, because they spent time with Aaron’s wife, a few friends and Dobrev`s dog.

And one of the Nina`s love choices was an actor Austin Stowell, well-known by the film «Bridge of Spies». But their love wasn`t too long, they dating during 7 month and broke up in a short while. And in a few weeks Nina was noticed together with her partner – Chace Crawford – in film «Gossip Girl». They came together in the world and had a romantic evening. But Valentine’s Day Nina Dobrev celebrated alone.

After a while Nina Dobrev pays attention to her friend’s brother Derek Hough. On the Nina`s Instagram page there are a lot of common pictures with him, so it cause conclusions that yang people are dating.

For now, Nina Dobrev prefers to relax with friends in a fun and noisy company.

FBI: Ukrainian politicians do not want to testify against Yanukovych

No Replies to "Candid photoshoot of Nina Dobrev, Ian Somerhalder and Paul Wesley"