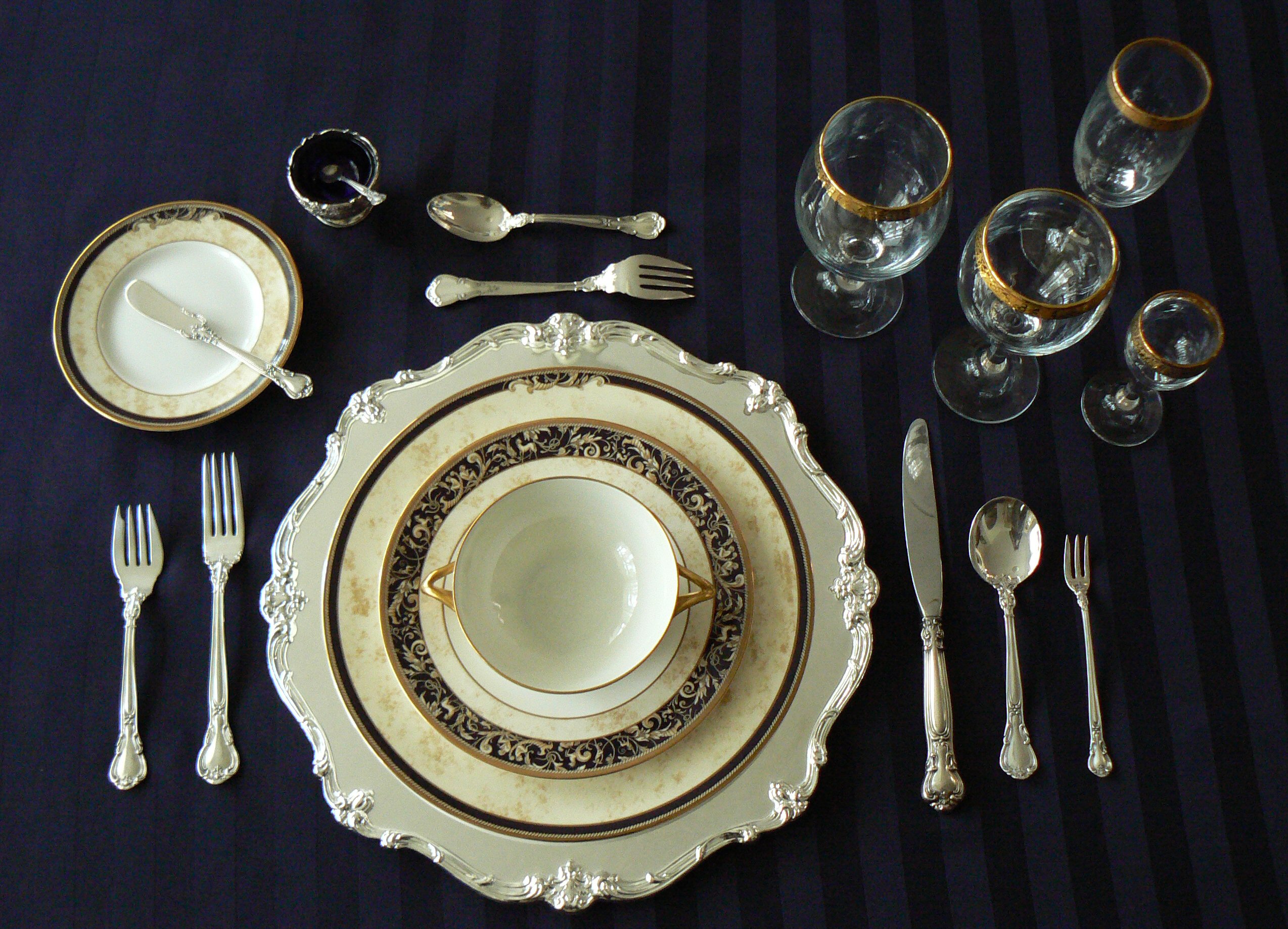 Cutlery placement for the table setting. How to serve cutlery to the party table?

The success of a party dinner in many aspects depends on capacity beautifully and correctly serve the table, to create the maximum comfort atmosphere for all guests.

General rule of setting of ware are very simple. Plates and cutlery have to be put in that order in which dishes will be served. For example, on a plate for hot meal is put the plate for snack. The plate for bread needs also to be put at the left of the main plate.

Сutlery placement on the table

Forks and knives settle down in that order in which they will be used. A fork for salad will lay the last from a plate. Obviously a fork for hot meal will lay near a plate. Dessert utensils are put above a plate. Knives should be put blades to a plate. Spoons lay on the right from a plate with a camber down. Forks put to the left of a plate with cloves up not to damage a tablecloth. Soup spoons can be put on the right. They will lay more right than the last knife. If serve butter to a bread so put a small knife for butter on a plate for bread which has to be put to the left of a fork. According to classical rules no more than three cutlers on a table can be put at the same time. But if your party dinner consists of ten changes of dishes, it isn’t necessary to try to put all necessary forks and knives on a table at once. All plates have to be put on small distance from the edge of a table forming the straight line parallel to the edge. 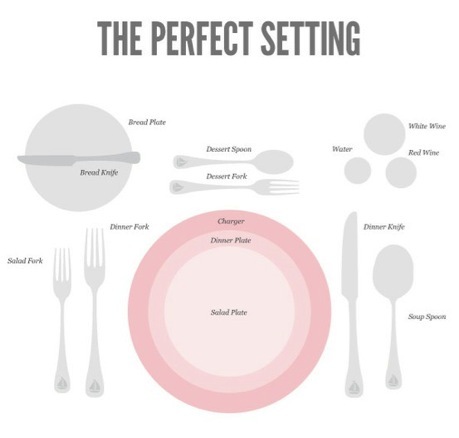 Placement of dishes and bottles in served table

Wine and water need to be put uncorked on a table. It is best of all to give juice, fruit drinks, vodka and others drinks. Glasses are placed to the right of plates in that order in which you are going to serve drinks. Champagne is put in a bucket with ice and covered with a napkin or it is stored in the refrigerator and uncorked just before the use. It is necessary to fill shot glasses with drinks no more than on three quarters of them.

Wine glasses may be located in a semicircle, and be aligned in a row. Logically, the glass intended for mineral water or soft drinks, will be located to the right of the others, and because it is used in the first place. Then it is followed by a champagne glass and then – glasses for wine (first red, then white) and the last shall be a liqueur-glass.

Don’t forget to place salt and sauces on the table. Bread is placed on a table on several plates so that it was comfortable to get it to all guests. All dishes and salads should have proper spoons inside for comfortable serving it to guestes plate. 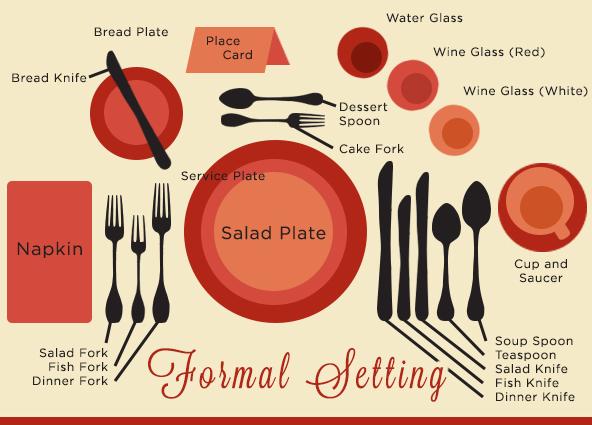 Soup should be served in a tureen and a hot meal serves in special plates or in plates with a cover.

Near a place of the hostess it world be comfortable for her to put a small little table. There pure plates, spare utensils, napkins, additional bread and other necessary things could be placed.

Beautiful decoration of the table

Beautifully laid table assumes faultlessly pure and ironed tablecloth and napkins which are chosen in tone with tablecloth.. It is necessary to put one napkin on each set of plates.

Perfectly flowers – live or dry compositions, for example, two-three small accurate bouquets in different parts of a table decorate a holiday table. It’s nice to place a big bouquet in the middle of a table or absolutely small bouquets next to every plate.

Serving dinner table for one visitor

Serving dinner table for one visitor, consisting of cutlery (large knife and fork) and napkins, is called Kuwert.

Getting to serving, the waiter primarily takes great dinner plate and puts on it knives and forks wrapped in a napkin. He holds the plate in his left hand, and lays out the cutlery with his right hand.

Laying can be carried out from the tray, covered with the cloth, on which the cutlery is layed by groups.

The plate and cutlery for the visitor should not be placed at the edge of the table. Cutlery has to be set from the right and left side of the plate.

Lunch from one dish, such as meat or fish stews, requires the inclusion of the spoon in the cutlery, and the knife and fork for the meat or fish. In this case, this dish is served without the under plate.

How to build hamstrings at home? Stretching for tight hamstring muscles

How to lay the table in Chinese restaurants? Some photo tips are here

No Replies to "Cutlery placement for the table setting. How to serve cutlery to the party table?"