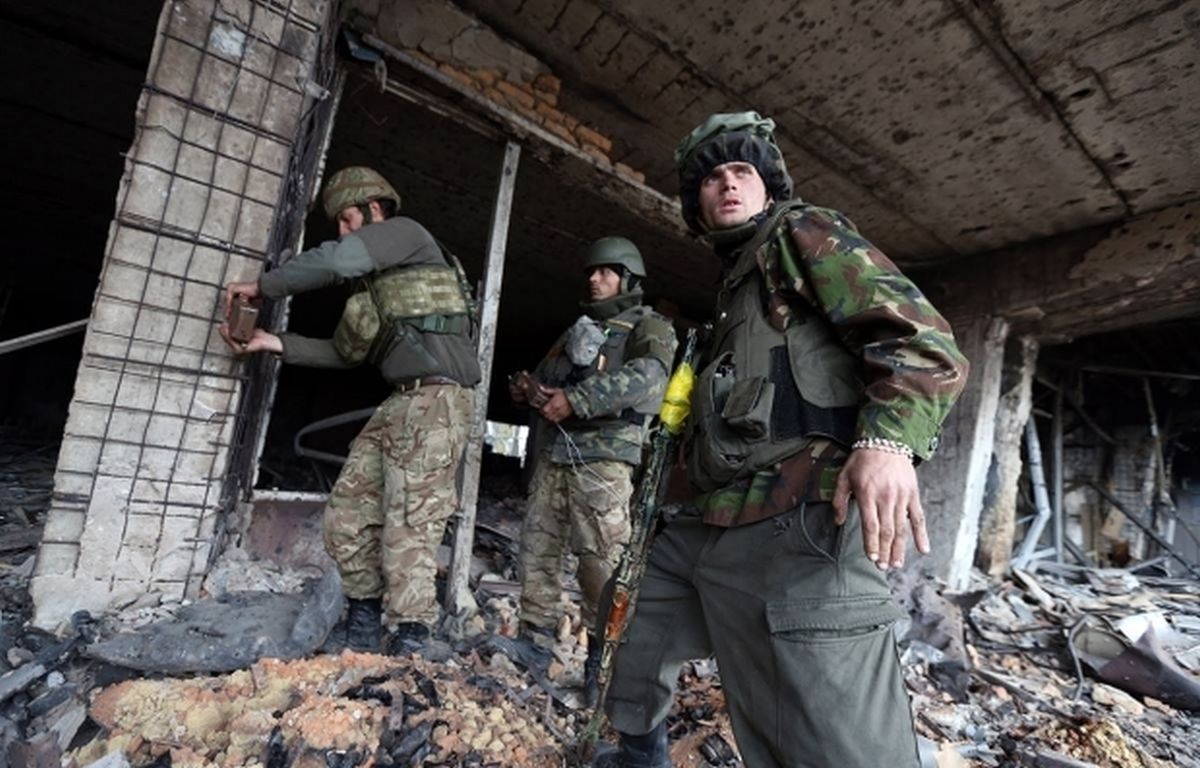 “Cyborgs” not departed from the old terminal of Donetsk airport

Militants have taken a powerful attack on the airport, and to avoid losses from rocket and artillery fire of the enemy it was decided to maneuver.

Information about the fact that the Ukrainian military left the old terminal of Donetsk airport is not true.

According to UNIAN, about it today at a briefing in Kiev, said the representative of the Information and Analytical Center of the National Security Council Andrei Lysenko.

“Old and new airport terminals under the control of the Ukrainian military… Indeed, there is a lot of destruction, but these terminals are a kind of protection for those who hold a defense”, – said Lysenko.

He explained that yesterday militants have taken a powerful attack near the village of Oputnoe to surround the airport, but this attack with heavy losses for the terrorists was repulsed.

In addition, as noted by Lysenko, the militants have made a powerful attack on the airport itself, and in order to avoid losses from rocket and artillery fire of the enemy it was decided to maneuvering – a departure from the terminal, but after the bombardment, Ukrainian servicemen returned to the airport terminals.

As reported, in particular, “Gromadska. TB”, citing a source in the Pesky, the rebels and Russian mercenaries opened heavy fire on the locality Pesky and the old terminal of Donetsk airport. Because of the significant damage to the old terminal Ukrainian security officials had to leave it.

Identified another Russian "volunteer" who fought in the Donbas (photo)