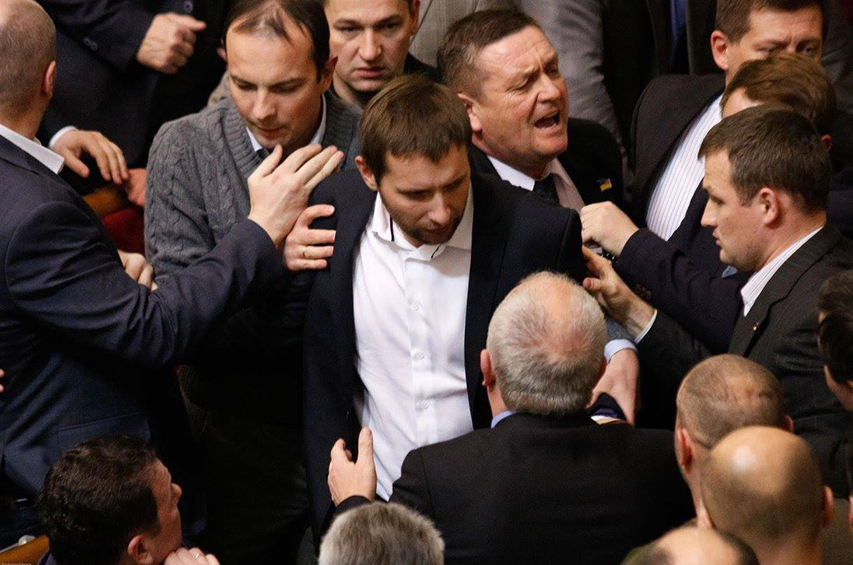 In Parliament was a fight after the first vote for the parliamentary committees.


The clash occurred after Speaker Vladimir Groisman, reporting on the voting for the composition of parliamentary committees, has not announced proposals to exclude from senior positions in the committees, which were voted on January 16.

Among the participants of the fight were Sergey Kaplan, Yuri Levchenko, Volodymyr Parasiuk, Simon Semenchenko.

As noted by Yuri Levchenko, a fight occurred when someone tried to make a Parasiuk silenced by saying “you are not Square”.

Parasyuk ran to the deputies of “Block Poroshenko”, which gave the maximum number of votes for the ruling and began to shout to them that their in parliament “led Maidan“. Started the dispute, which has grown into a small fight. 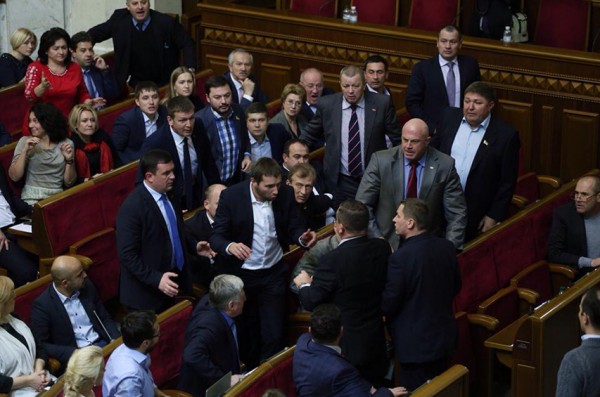 In Parliament there was a fight 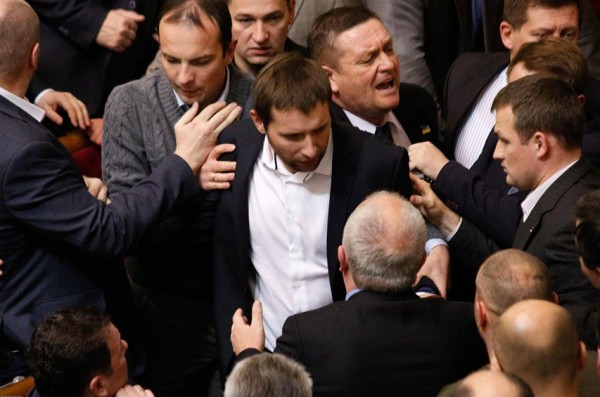 Parasyuk explained that strives for transparency in decision-making. 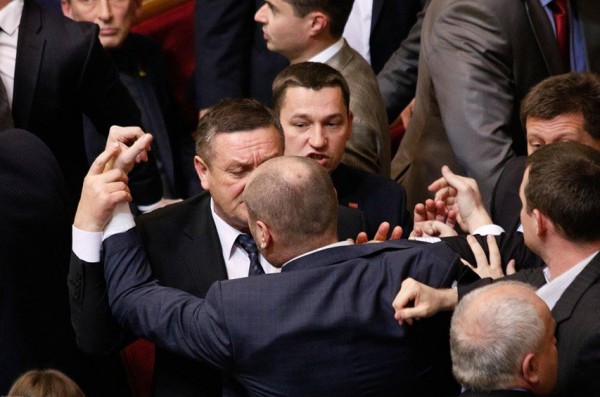 SBU detained the militant of "Berkut"

"Cyborgs" not departed from the old terminal of Donetsk airport

No Replies to "Photo and video: First fight in the Ukrainian parliament"