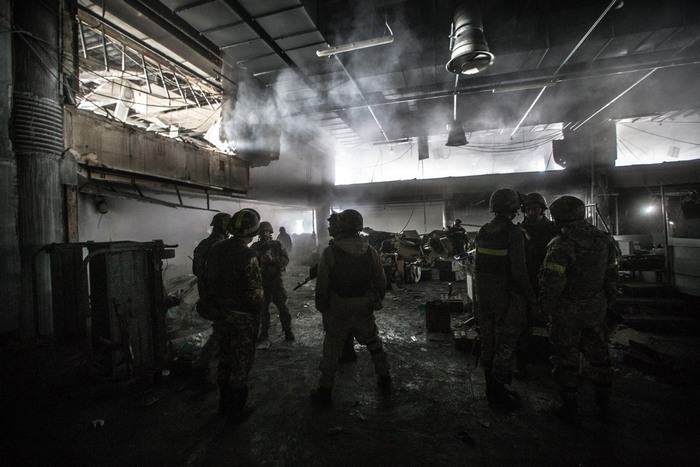 In Donetsk airport there is a sense of struggle between good and evil. Correspondent of “Los Angeles Times” Sergei Loiko

Correspondent of “Los Angeles Times” Sergei Loiko described the time spent at the airport in Donetsk, “cyborgs” and their heroic actions, and what he personally was worth a war in the east.

I spent 4 days at the airport. At first I did not aim to create an album of portraits. I would like to talk about what’s going on at the airport, but when I met with the guys and I saw their faces, their eyes … I made a portrait … and realized that these eyes can tell the whole story of this man, his emotions, purpose more than words. There is a situation that can not lie, can not to stage the photo – you take off a man who is constantly at war.

I was impressed not by what I saw there – although this epic picture of heroism – but that Ukrainian citizens do not see what is happening at the airport, or have limited access to what has been going on for five months.

No random people who are there for the order. There are all volunteers: a bunch of young guys from “Legal sector”, and paratroopers. Moreover, in the Sand are thousands of troops who can not wait to change her friends at the airport.

The battle is almost all the time, shots – are heard constantly. No artillery or mortar fire from the airport to residential neighborhoods is not conducted. Because the airport – open military secret – no artillery there.

If you want to understand something about the war, to understand what is happening in Ukraine, the airport provides answers to all questions. Although there is nothing to protect, and verily, you must either go out or move on. You can not sacrifice your elite society in order to just keep this piece of unprotected land!

At the airport there is a sense of struggle between good and evil. This is my feeling, and does not mean it’s true.

Forget the fact that it is a civil war! From that side are Hirkin, Babay, Motorolla, Givi, Bes … Which of them is Ukrainian citizen?

About the war in the East

Let’s call things by their names – this is not a ATO.

This war was fictional! I have been in many wars – 25 trips around the world. This is the most stupid, ridiculous war from the perspective of reasons! No reason for it inside Ukraine was, in general, not one!
It is meaningless in terms of the causes of the war turned into a war for independence Ukraine. And what happens at the airport – it is top!

In this war, someone’s heroism – this one’s crime. If there was no crime, there would be no heroism.

This intelligent guys with one or two higher education. Their operational language – Russian. They do not even swear! I have not been in such a cultural company.

They have a strange attitude to what they do. Most of them understand that it was absurd to defend what you can not defend. Because the airport – it does not fortress under siege, this is not a fortress! These two terminals, especially a new one, they consist of holes that stick on any iron base. All smashed and broken, even the ceiling is no normal! There’s no where to hide from the fire. No major battle or armored shock he would not survive. Generally impressive as it still is, and how the people in it are.

There always darkness! They are like bats learned to feel and see in the dark. There’s even smoking is not possible, because the sniper will kill you on the third puff. Even when they fill horns, God forbid, happens tracer cartridge! No light – solid dark night. But this does not mean that everyone is asleep. There’s even difficult to sleep because very cold. There’s no wood or “burzhuyok”, nothing like this! They sleep in helmets and flak jackets, not for protection, but to a little warm!

They save drinking water, because it delivered by armored vehicles under fire. People risk their lives for it. One guy told me: “We do not wash up at the airport, we scratch and wash those who are too lazy to scratch himself”.

Heroism is happening there at every turn. Do not tire of talking about the case when burned tank and three the tankers leaped from his burning a sniper killed them immediately. When it got dark the guys pulled out the bodies of two tankers becouse the third was torn by mortar shot and they did not found. And then, during the battle, during unloading of something one of the guys saw scared to say this piece of hips tanks and said this to the commander. And he said, “Guys, I understand that you want to send a tanker home, but the fact that you send the dead body of an unknown soldier back, you’re risking your life, but I can not ban you who want to go out and do it ? “. And all raised their hands, and when the battle began two boys ran out to the runway, left their weapons on the ground, found an empty box of ammunition, put there remains of tanker, strapped it to the carrierand it is all in 30 seconds! They risked their lives for a dead friend to his family was one to bury.

There’s a wonderful atmosphere between people. They are true brothers in arms! There unimportant your rank. Half of them officers, not quality rear cowards, but the real battle officers who are at the forefront with her friend.

There was a colonel. Colonel Oleg Zubovskyy, who said: “I have to be with my boys, I know that if I here they will stay alive longer.” And he came outalong with his boys, and many of them saved. That’s a real hero, a real colonel!

See also: Zakharchenko said that “Novorossia” will occupy half of Europe

About the “Right Sector»

The price that I had to pay personally

War in the East took my nearest person. Since November I am in Ukraine. February 20 I was at the Institute st., and went through all the circles of hell. And when I was in Slov’yansk, when Hirkin declared me wanted I had to hide. In this time my wife called me and said that she was dying. Six days I am  he could not get to it. When I finally arrived – it was too late, she died in my arms. I blame myself, blame those who unleashed the war. It so happened that she was always waiting for me out of this war, and now I’m waiting for when I come back to it, because the war has now become a place where I feel at home. I have nothing to return to. My wife is out there in the cemetery, ten thousand miles away, in a small Texas town, but I’m here, I can not go from this war.

All ask me why I went there? If this war is so much worth to me, I have to show it all and everyone.

See also: Merkel dissatisfied with Moscow’s attitude to elections in DNR and LNR 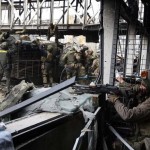 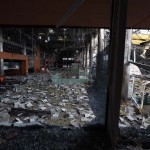 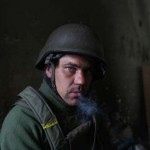 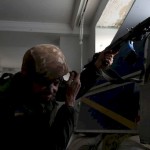 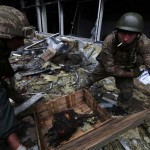 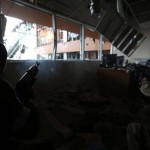 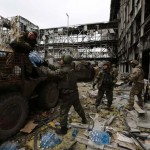 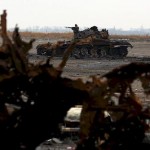 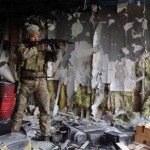 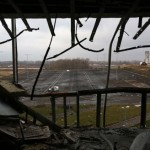 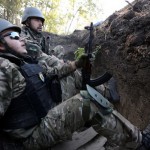 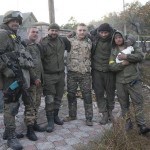 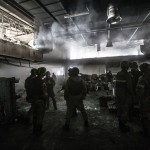 Holiday deals for New Year 2015 in Ukraine. Pearl of the Sea - Odessa

No Replies to "In Donetsk airport there is a sense of struggle between good and evil. Correspondent of "Los Angeles Times" Sergei Loiko"