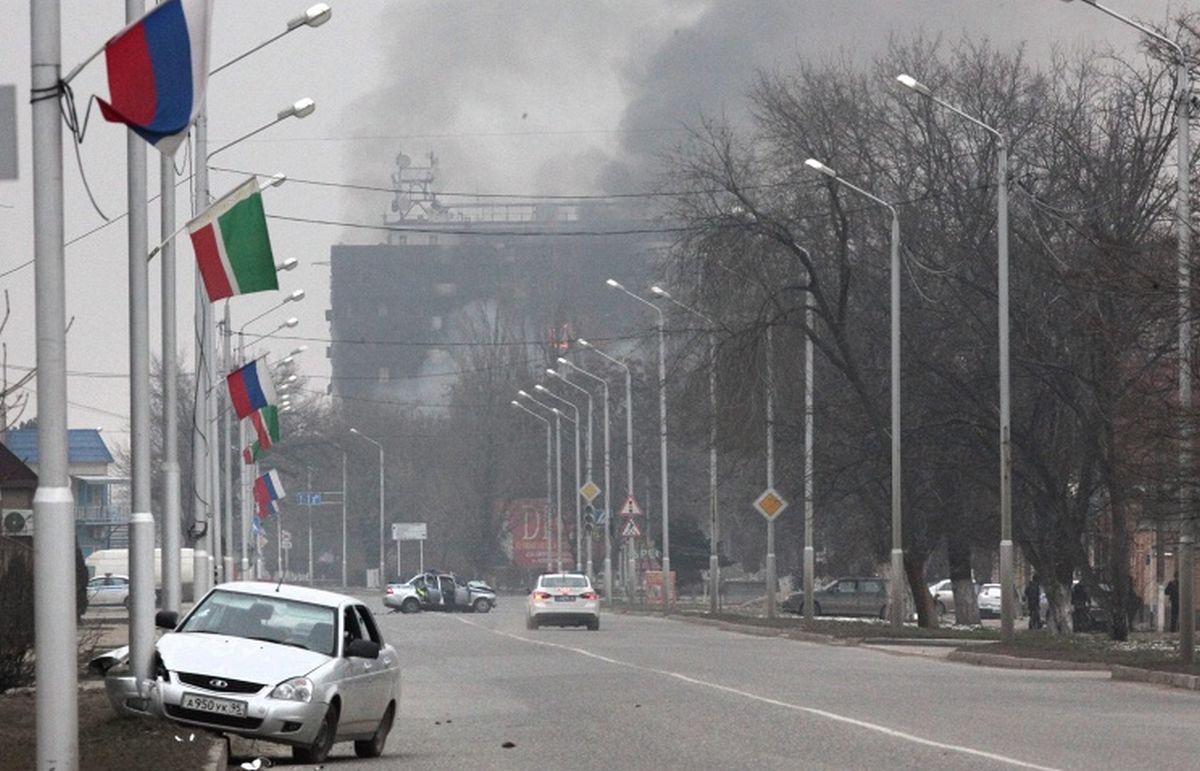 Tonight the traffic police in Grozny (Chechnya) tried to stop a suspicious vehicle in the city center, at the House of print. In response to being in a car by armed men opened fire at a traffic police post. According to official figures, five law enforcement officers killed in the shootout. During the shooting also killed, according to preliminary data, seven armed men.

Printing House is located near the government building in Chechnya, as well as several office buildings. There are offices of many republican and federal mass media. To it also adjoins the state television building.

In the center of Grozny was introduced counter-terrorist operation (CTO).

“The CTO regime involves a number of measures, including strengthening the protection of public order; check the documents of all persons in the designated areas of people, and in the absence of the necessary papers – forwarding them to the police department or other competent authorities to identify, from the territory of towing vehicles ; the ability to block cellular communication in the territory, and so on”

Later, Kadyrov said that another group of militants took refuge in the school. Before that, Kadyrov said on its page on Instagram, that the operation to destroy the bandits entering the final phase: “Dogs are dying like a dog!” The leader of Chechnya Grozny residents asked not to go out.

No Replies to "In Grozny, shooting all night - Russia imposed a counter-terrorist operation (Video)"