System administrator, who was fired recently from the Italian fashion house Gucci was yesterday  charged with carrying out activities aimed against his employer. The administrator is accused of deliberate destruction of corporate data, violation of the servers operation and causing the loss amounted to at least 200 000 dollars.

According to the New York  prosecutor’s data, 34-year-old Sam Chilung Yin, has created a fake VPN-key in the name of a nonexistent employee still working at Gucci, which was activated in a few days after the dismissal of him in May 2010. VPN-Key gave him direct access to key corporate resources of the company for several months. Yin had access to other resources since the time of working in Gucci. These resources made his power in the network virtually unlimited.

The company informs that they are actually confronted with former employee hacker attacks.

Lawyers say that in the worst case for the accused, he may not only be fined, but will receive a prison term of 15 years. 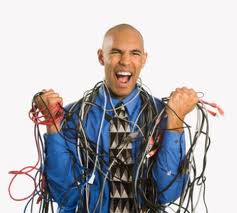