Laying of the holiday table – creation of the festive atmosphere. What are the main tips of the table set up?

The most important thing which makes holiday table successful. Tasty dishes prepared with love is one of the main things on laying a holiday table. Beautiful layout of a feast table emphasizes the festive atmosphere.

Visualization of  forms of giving food pleasant to an eye just strengthens action of flavoring receptors. But ethics of ritual of table layout passed many scales of development.

Traditional feasts of ancient Greeks and Romans are described in details in historical works and manuscripts of scientists. Acceptance of food, as well as cleaning process, had a multistage ritual form. The main rule of such traditions is possibility of receiving the maximum pleasure of the process. But it’s not easy to satisfy proper feeling of hunger. Lunches and dinners were accompanied not only by infinite change of dishes. It also was accompanied by musical and dancing entertainments and a small talk and even by love joys. 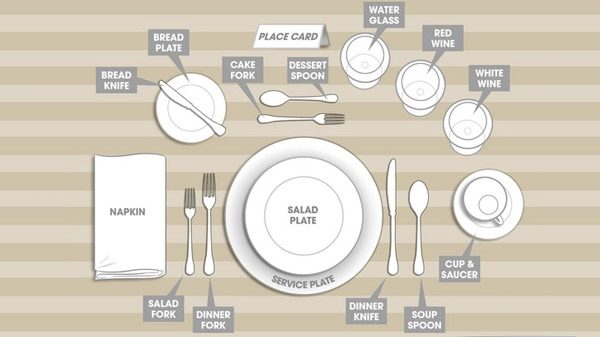 What were habits in the imperial period

The European imperial yards only by the tenth century of our era renewed traditions of long hours meal. This fell into decay of powerful empires. But only in the fourteenth century there were tablecloths, napkins and tableware on tables. Also began to use rounded-off knives, spoons, forks and utensils made of glass. The hall of a celebration and the table were plentifully decorated with fresh flowers or wreaths. The culture of a feast followed more and more to etiquette. It became fashionable not only to serve the table bursting with abundance of different meal. But also to give to guests some valuable presents.

Noble people who were present on feasts had to follow etiquette which reached partially our times.

* To wash hands before taking food

* not to talk with mouth filled

* not to wipe a hand on clothes or a tablecloth

* to eat and drink slowly, cutting off not big slices and doing small drinks of wine or other drinks

*to drink and eat moderately not to fall under a table

Are this rules of behavior on a dinner party familiar to you? 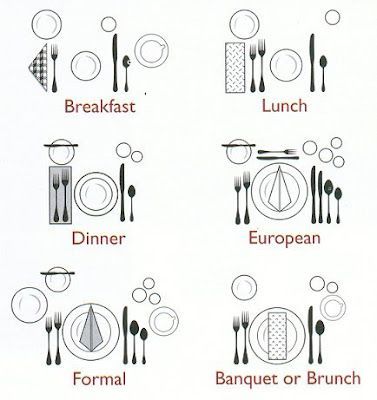 In eighteenth century ended the monopoly of the Chinese porcelain. English masters started to create their own formula of elite ware. Factories and shops began to appear everywhere. It was proud being called “The house of ware”. People wanted to buy table layout subjects which were made in unique style. They became the most powerful engine of development of manufactory productions.  To decorate a table for several persons it’s very fashionable with a salad bowl and a tureen to the coffee cups with saucers made by hand of one master. Even nowadays it is considered to be an important attribute of welfare and good taste of people who invite to a party. 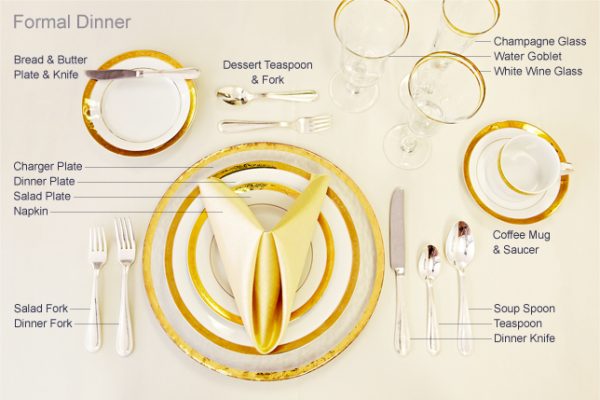 Some habits of laying the table of Soviet period

Tea, coffee and dinner services are pride of modern hostesses. In Soviet period the place of honor behind glass doors of dressers or walls was fulfilled by them. Were used only during the most important celebrations and on anniversaries. The most valuable present for a wedding was a universal tea set for 6-12 people.

Table utensils and cutlery and their usage. What are the rules of cutlery using?

Laying a table in a restaurant - what are the main rules of the table set up?

No Replies to "Laying of the holiday table - creation of the festive atmosphere. What are the main tips of the table set up?"