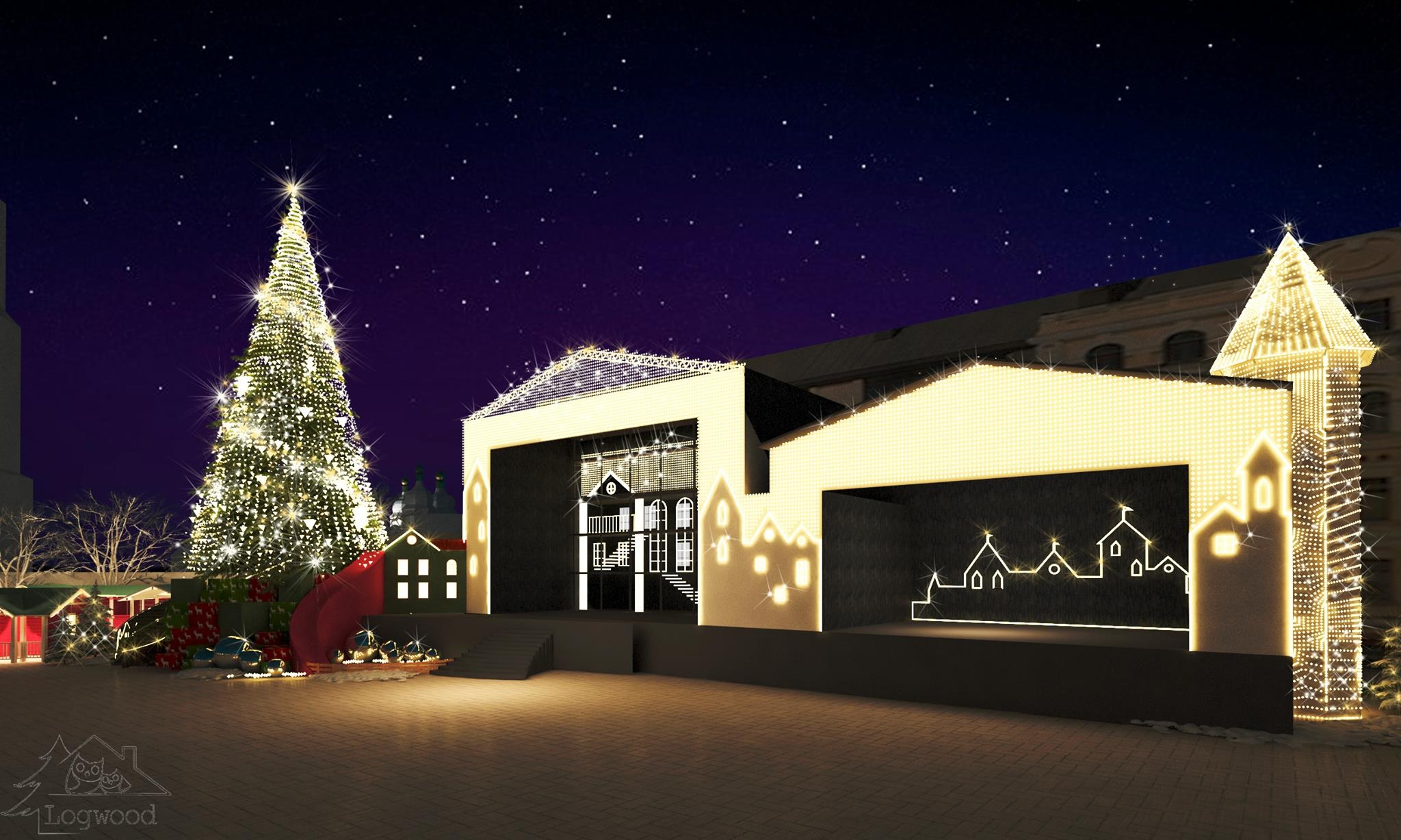 Creative project Folk Ukraine, which this year is responsible for organizing the New Year in Kiev at the Sofia Square, showed how will look the festive area. Grand opening of New Year celebration holidays will take place on December 19. All events will hold through sponsors.

See also: How will you celebrate the New Year 2015 in Ukraine? 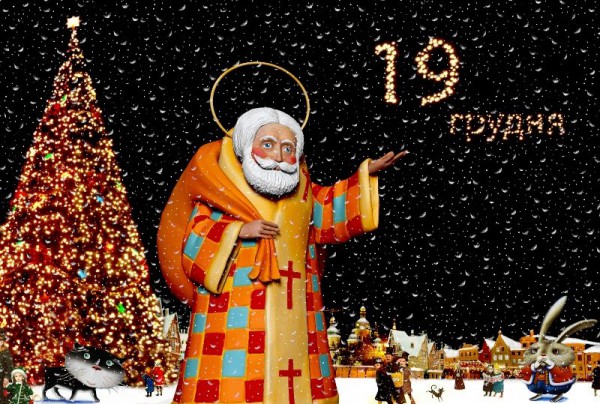 Start will be simultaneous mass inclusion of New Year illuminations throughout the city, including in shop windows, on December 19, at 18:00. Now organizers reconcile it with “Gorsvet”, urban services and businessmen.

On this day in the Reserve “Sophia of Kyiv” will open the residence of St. Nicholas and will begin to shine on the square the main New Year tree of the country.

New Year tree, which established near the entrance of the “Sophia of Kyiv” will be natural and 24 meters in height.

See also: What are the New Year traditions in Ukraine for 2015? 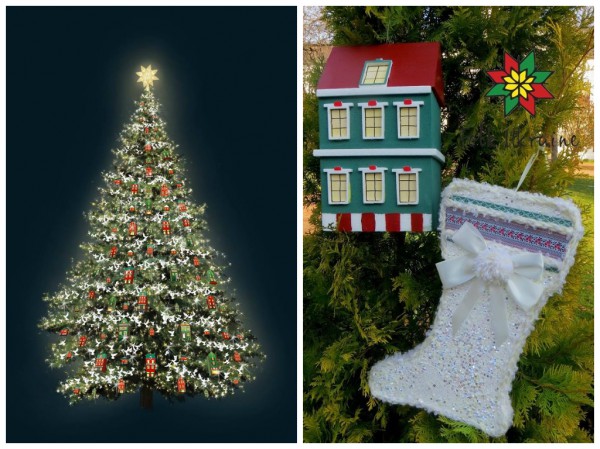 Green beauty to Kiev presented Ivano-Frankivsk city administration.On the New Year tree will be 3000 homemade toys from all over Ukraine, 100 thousand LED bulbs and 3 km of garlands. The total length of all the strings in Sophia Square – 13.60 km. Be located in the same place, village and the Christmas nativity scene.

“On the square will be set 60 houses, modeled on the German villages. We cooperate with the Berlin Christmas market. This year we exchanged designs. In the houses will sell cakes, sausages, mulled wine. And near the New Year tree will install four-meter ice slide. Having moved down from it, you can ride near the New Year tree”, – says Dobrutskyy.

See also: How many countries celebrate New Year 2015 night from December 31 through January 1?

On December 19-21 in Sophia Square will host a festival “Winter Opening Day”, and within it – contests: “New Year Toy”, “New Year tree for St. Nicholas” and “Gingerbread House”.

At a New Year’s tent to guests will be presented 30 handmade designer New Year trees, there will be master classes on making Christmas arrangements, bouquets, wreaths, toys made of hay.

On New Year’s stage will be Ukrainian performers accompanied by the orchestra. Also promise Christmas composition of Strauss, Brahms. There will also be town of ice sculptures and small home zoo – nativity with real animals. Along the perimeter of the square and near the monument of Bogdan Khmelnitsky, New Year trees will be installed from each Ukrainian region, including from Kiev. And everyone in the audience will be able to join a lot of action, for this you can record your video message to the people of Kiev and Ukraine.

“It will be a big screen – six to eight meters, on which it will be possible to project a video message, in the first place – kids. It is only necessary to bring USB flash drive with it, “- says Dobrutskyy.

See also: Which are New Year’s 2015 events for families in Ukraine can we visit? The New Year tree and celebrations 2015 in Kiev

No Replies to "New Year holidays and observances 2015. How in Kiev celebrate New Year 2015?"