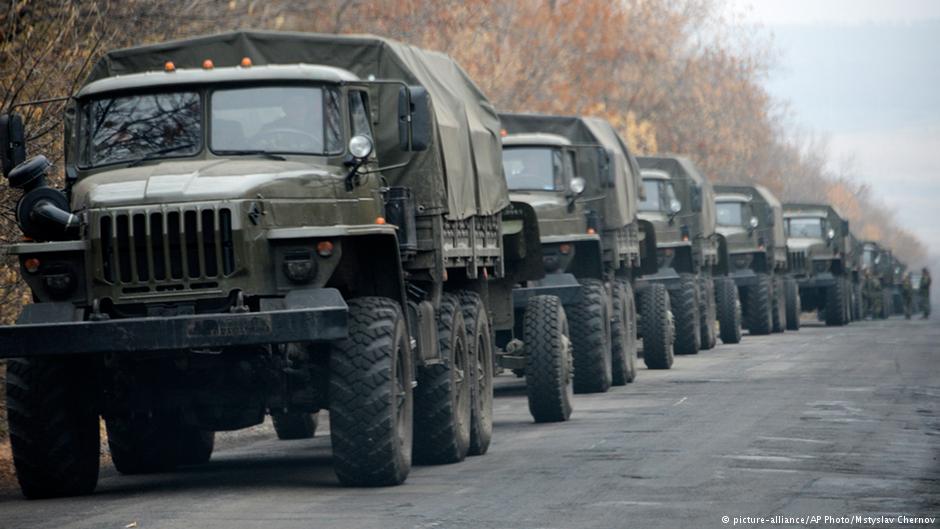 OSCE: In Donetsk and Makeevka – heavy weapons, tanks and military

In Donetsk and Makeevka – territory controlled by “DNR” observed the column of heavy weapons and tanks. This is stated in the report of the OSCE mission in Ukraine.

According to the mission, on the outskirts Makeevka was spotted a convoy of more than 40 trucks and tanks that were moving west.

“Of these, 19 – big trucks KAMAZ type, tilt, no markings or license plates – one towing a 122-mm howitzer and carrying soldiers in dark green uniforms without marks. 15 – armored KrAZ” – the document says.

The remaining 6 – small fuel tank, equipped with cranes. In addition, observers report on unmarked armored personnel carriers as part of the column.

In the Donetsk representatives from convoy missions fixed with 9 tanks – 4 and 5 T72 – T64, also unmarked, who moved to the west.

Kerry: Disagreements with Russia on the situation in Ukraine, the dialogue will continue

Bert Koenders: do not see the reason for the lifting of sanctions from Russia

No Replies to "OSCE: In Donetsk and Makeevka - heavy weapons, tanks and military"