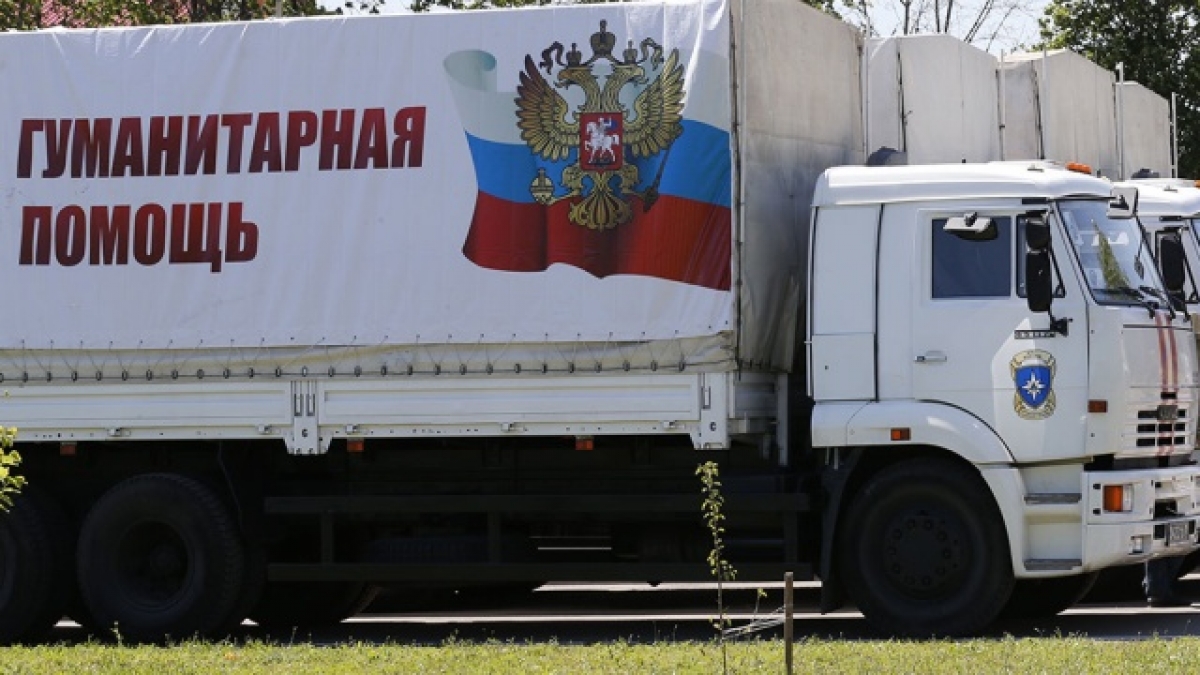 Russian President Vladimir Putin has decided to make a royal gesture for all the residents of Lugansk and Donetsk “people’s republic” who remain alive for the New Year – they will receive food parcels.

According to some reports in the Putin administration already being prepared a new humanitarian convoy for starving residents of Donbass, which are occupied by terrorists “LNR” and “DNR” areas.

For the first time published a list of products that will deliver.

This time the convoy will  quite so unusual and will be called “New Year”.

According to unnamed sources close to Putin, food set “of Putin” will contain the following:

A simple calculation shows that the weight of a product set to up to 10 kg. This means that one KAMAZ will fit 2000 New Year’s sets from Putin. That is, only three of humanitarian convoys will fully provide all the people that remained Donbass and terrorists.

The first phase of humanitarian convoy prepares to Nicholas Day (December 19) and the rest of products shall be distributed to the starving residents of Donbass for New Year.

In the media coverage of the process of awarding food packages to residents of Donbass will run the entire Kremlin propaganda machine to show Putin to Donbass savior from hunger, which he himself had organized.

Previous humanitarian convoys mostly supplied weapons to militants. What have repeatedly confirmed by residents of Donbass and Ukrainian military – just cars with convoy left Ukraine, from the separatists began a massive shelling of Ukrainian position.

Terrorists near Donetsk back down