The network has a video showing the burning machinery. The authors of the video claim that on the frames can be seen Ukrainian machinery destroyed by separatists mortar fire in the area of  ATO.

“Destroyed transport of Ukrainian army” – the authors write in the description to the video.

In the footage is really visible already burned burning transport and other agricultural machinery, such as trucks, fuel trucks and excavators. Also there are traces of a powerful mortar attack – riddled surface, and a large number of mines lying on the ground.

Previously was detected appliances, presumably Russian, which was destroyed during the fighting near Donetsk. 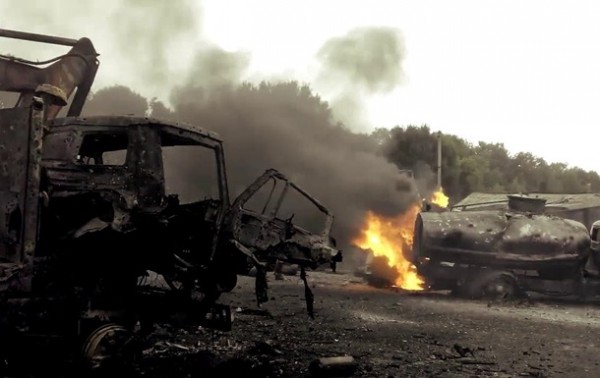 No Replies to "Video: Burning technique in the ATO area "