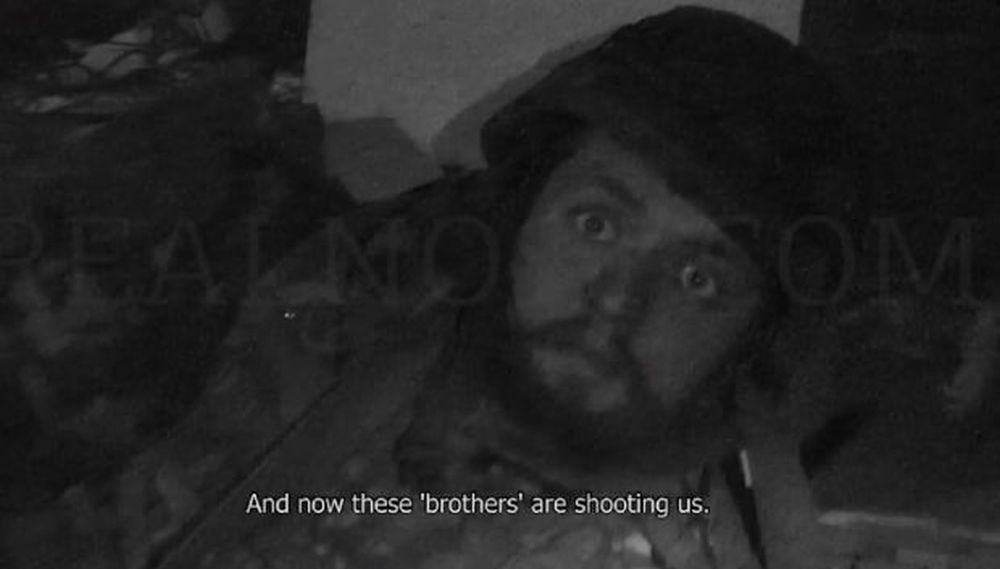 Russian journalist came under fire during the filming “Сyborg” (video)

Russian journalist of “reality” Anna Dombrovskaya came under mortar fire in ATO in the area of Donetsk airport.

Anna miraculously survived during the shelling, but the blast damaged her camera. This writes TSN.

Time of firing it videotaped. Before that, she was recording an interview with one of the soldiers, who talked about the fact that when the Russian army invaded Crimea, Ukrainians did not shoot them, because they thought they are brothers. At this point, a shell hit into cover “Cyborg“.

Military, who talked about the Crimea, the blast concussion. He fell to the floor, turned pale and stopped responding to others.

“I can hear you like through cotton wool,” – he said to his companions.

The shelling continued and “Cyborg” together with the journalist had taken refuge in a recess, which was used as a summer cooler.

SBU detained the militant of "Berkut"