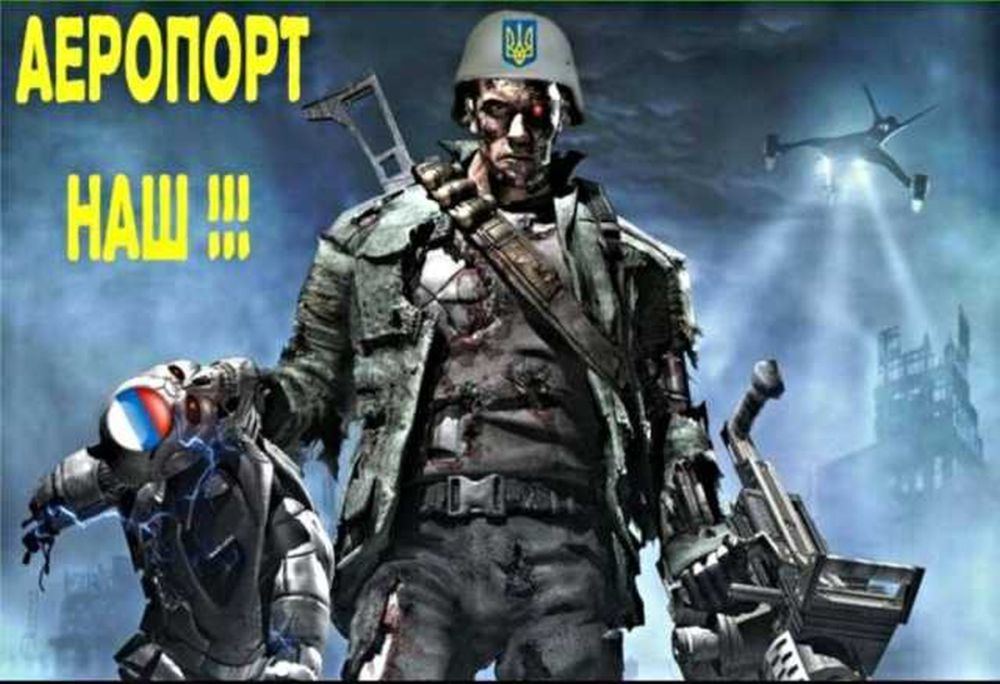 Ukrainian “cyborgs” raided at the airport: the detachment Motorola “minus” 63 militants “200-mi” and the mass of the wounded

According to the Ukrainian security services headquarters, as a result of the fighting raid squad Motorola has suffered very heavy losses. Ukrainian “cyborgs” killed at least 63 militants.

“According to preliminary data in Motorola at least 63 – “200 “, that mean dead. In fact, they are not resisted hard. While Motorola licking their wounds, his guys generally relaxed. Therefore received “by snot.” 63 killed and mass wounded. Even when “cyborgs” returned from a mission, fighters and the Russian army fired from artillery the airport. This morning fighters retreated, and the attacks were not. Just attack on the fact there is no one “- said Ukrainian scouts at the headquarters of the ATC.

There was also informed that now on the outskirts of Donetsk airport are some Russian soldiers who are only attacks, but do not go on the attack.

“Troop Givi practically ran up after the” commander “was arrested. At Motorola almost no one left, all either killed or wounded. On the bridgehead were alone Russian soldiers. They are shelling from a distance. But do not go on the attack – remember their losses a month ago, when on the outskirts of the terminals were killed at least a hundred Russian soldiers with AK brand new and in the new Russian uniform “- summed up the Ukrainian law enforcers.

Yesterday on the Internet there was a video that was taken by Ukrainian defenders of Donetsk airport. On the video “cyborgs” show life in ruins inside.

No Replies to "Ukrainian "cyborgs" raided at the airport: the detachment Motorola "minus" 63 militants "200-mi" and the mass of the wounded"