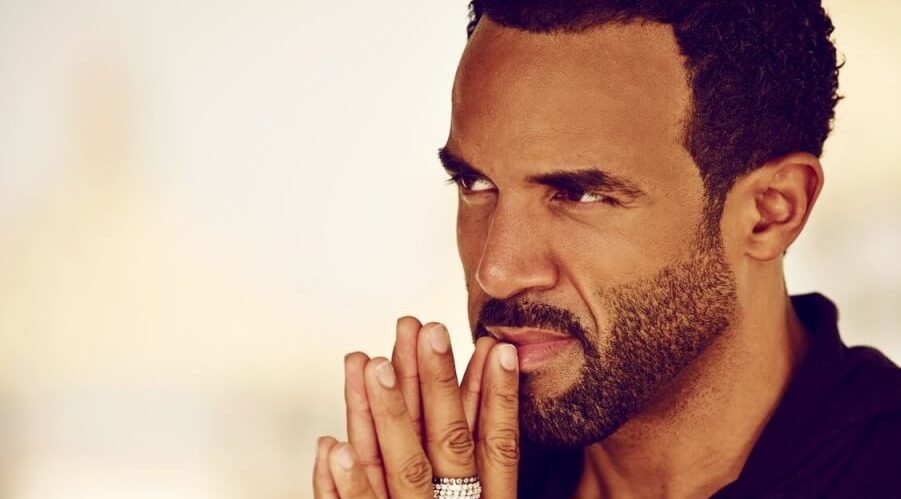 1.Craig has an impressive record of scoring hits. He became the youngest ever male artist to score a number one when he released his debut ‘Fill Me In’ in 2000. Since then, he has scored ten more Top 10 hits and released two multi-platinum albums. A record not to be sniffed at.

2.Brad Pitt and David Beckham are Craig’s man crushes. “They’re hot, you can’t deny it,” says Graig. “Every guy in the world thinks so.”

3.In 2008 he was given an honorary degree as Doctor of Music by Southampton Solent University.

4.Despite the fact that he is one of the biggest-selling acts of the early ’00s, David has still never won a Brit gong. With 12 nominations in total, he can count himself pretty unlucky to have never done so. A1, Basement Jaxx, Ms. Dynamite, and Lemar are among the acts to have ruined Craig’s parade.

5.Craig knocked backOasis, Nirvana, Pixies, REM, Prince, Eminem, The Smiths and many others in MTV ‘Greatest Album Ever’ with  “Born To Do It“ album, with only Michael Jackson’s “Thriller” beating it.

Read about upcoming concert of Craig David in New York that has a place at the Webster Hall on the 10th of May. Also, check out top 5 places where to eat and where to stay after the concert.

Rhiannon Giddens’ Freedom Highway World Tour: Catch the last tickets for the New York show on the 13th of May