Rhiannon Giddens’ Freedom Highway World Tour: Catch the last tickets for the New York show on the 13th of May

In three days, on the 13th of May, all the New Yorkers and its visitors will have an opportunity to see the show of stunning Rhiannon Giddens in their own eyes. The show has the place at the Alice Tully Hall and the tickets are extremely hot! So read our post about Rhiannon and her world tour and go ahead for last tickets for the New York show.

Rhiannon Giddens is famous for being the frontwoman of African-American string band “Carolina Chocolate Drops”, who won a Grammy Award for Best Traditional Folk Album “Genuine Negro Jig” in 2010. Born in Greensboro and raised in Piedmont, North Carolina, Giddens studied opera at the Oberlin Conservatory before returning back home, where she became interested in the musical traditions of her region. A meeting with future bandmates Justin Robinson and Dom Flemons in 2005 resulted in the formation of their first folk project “Sankofa Strings”. Originally, playing in Afro-American styles like blues, country, string jazz, and the Caribbean, the band have learned a lot from legendary fiddler Joe Thompson. Changing the name to “Carolina Chocolate Drops”, they released four well-known albums before signing with Nonesuch Records to release their wildly successful and significant 2010 album “Genuine Negro Jig”.

Following the success, their Grammy-winning album “Genuine Negro Jig”, the band continued to tour around the world and record their new songs. Thanks to their producer T-Bone Burnett, she got a unique opportunity to perform solo at the 2013 “Another Day, Another Time” concert in New York, she gave a brilliant performance of the Odetta classic “Waterboy,” which was widely considered the highlight of the evening. Just a few months later in 2014, she again worked with T-Bone Burnett on the collaborative New Basement Tapes recording project, which featured well-known stars as Elvis Costello, Jim James (“My Morning Jacket”), Marcus Mumford (“Mumford & Sons”), and Taylor Goldsmith (“Dawes”) writing new music to recently discovered Bob Dylan lyrics. Her own Burnett-produced solo debut, “Tomorrow Is My Turn”, was released a year later in February 2015. “Tomorrow Is My Turn” was recorded in Los Angeles and Nashville, with a group of players whom Burnett assembled. Among them are fiddler Gabe Witcher and double bassist Paul Kowert of label-mates Punch Brothers; percussionist Jack Ashford of Motown’s renowned Funk Brothers; inventive drummer and Burnett stalwart Jay Bellerose; veteran folk-blues guitarist Colin Linden; legendary backup singer Tata Vega; and Nashville session great, bassist Dennis Crouch.  At the end of the year, she released an EP called “Factory Girl”, which was culled from the same sessions as “Tomorrow Is My Turn”. Its title track received a Grammy nomination for Best American Roots Performance in 2017, while the EP was nominated for Best Folk Album. Rhiannon Giddens released her second solo album, “Freedom Highway”, which she co-produced with Dirk Powell, in February 2017.

On February 24, 2017, Giddens follow-up album Freedom Highway was released. It includes 9 original songs Giddens wrote or co-wrote along with a traditional song and two civil rights-era songs, “Birmingham Sunday” and Staple Singers’ well-known “Freedom Highway,” from which the album takes its name.

The tour dates were announced on the 21st of February and tickets become available on 24th. Upcoming tour dates you can see below 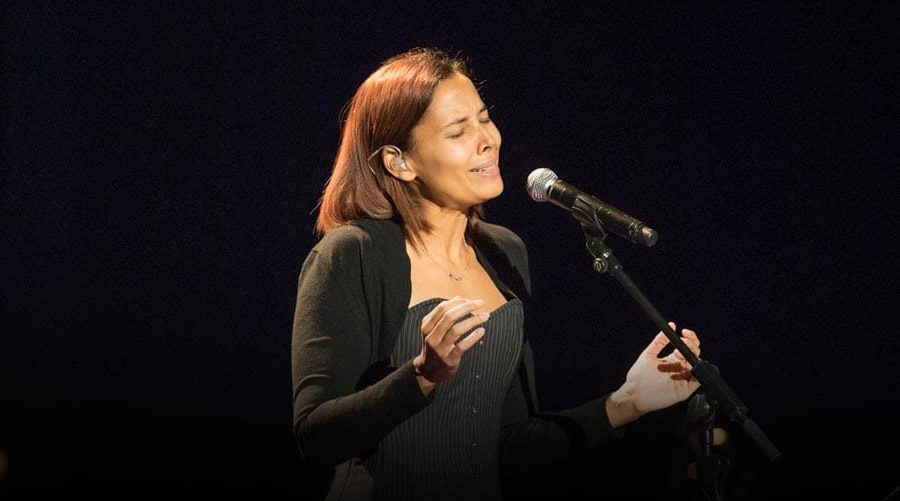 New York show is one of the many that are provided in the support of their new album “Freedom Highway”. This one has the place in the Lincoln Center for Performing Arts, to be precise at the Alice Tully Hall and there are only a few tickets left and they are available for $127-152 for one ticket. You can’t miss this event. Buy tickets now!