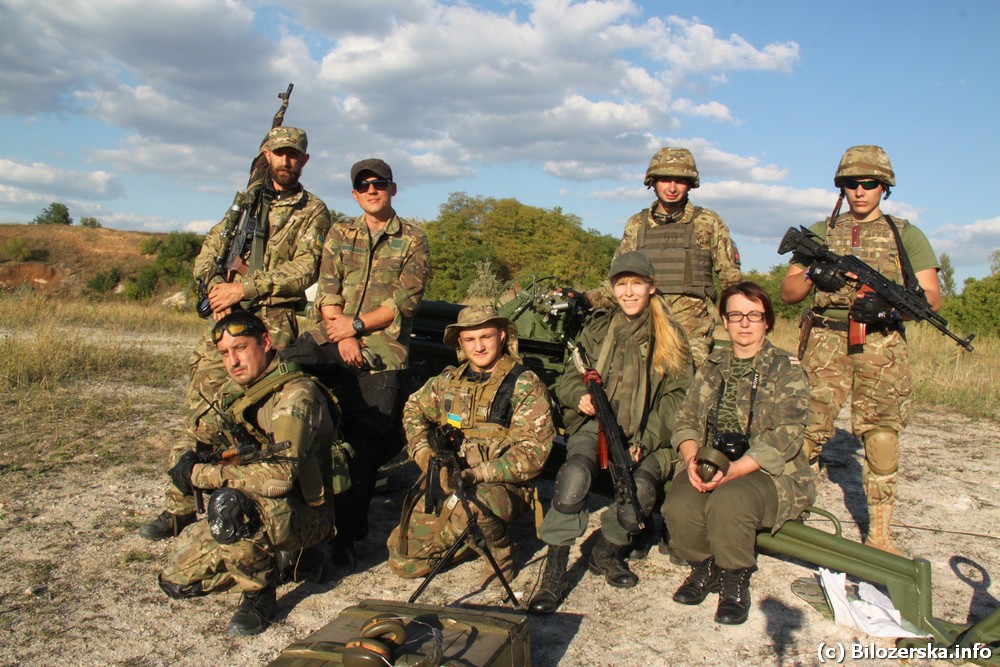 Call sign “Yasha”: We are ready to burn Russian tanks with Molotov cocktails

Soldiers of Ukrainian “Dobrovolchohe” corps, which keep point Piski on the outskirts of Donetsk airport, waiting for the order to go on the offensive. That said a volunteer with the call sign “Yasha”, commenting on arrival to Donetsk large column of military equipment to aid the militants.

“We would love to go on the offensive, we just forward to hearing from our beloved President Poroshenko that he gave the order to attack. President, let command! “- he says.

According to “Yasha” in Piski Ukrainian positions firing several times each day, and at night – fighters fire from heavy machine gun. They open fire as well.

“We expect the offensive because every fighter of volunteer battalion wants to photographed on a background of burnt Russian tank. Burn we will with Molotov cocktail, because volunteer battalions officially not have a heavy weapons. We have to use what is at hand – oil, petrol as well as on Hrushevskogo”- said the fighter.

He said that corps are ready for winter, thanks to volunteers. Ministry of Defence, he said, does not provide any help.

See also: Bert Koenders: do not see the reason for the lifting of sanctions from Russia

No Replies to "Call sign "Yasha": We are ready to burn Russian tanks with Molotov cocktails"