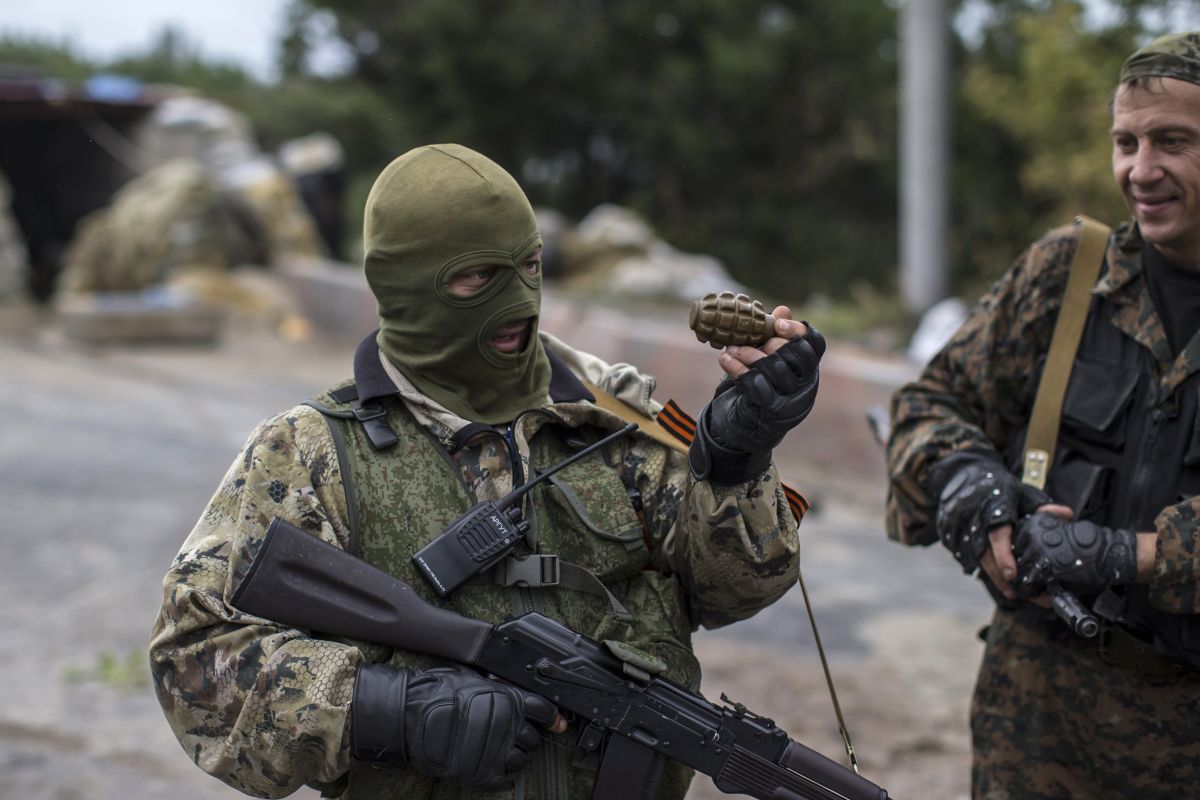 In the temporarily occupied territories of Donbass militants in the area of anti-terrorist operation at the same time involved from 15 to 25 thousands of militants and from 5 to 10 thousands of professional Russian military.

See also: The United States presented the proof of Russia’s aggression in the Donbas

This was announced by press secretary ATO Vladislav Seleznev.

“Our intelligence structures have specific data on the number of militants operating in the east of Ukraine, as well as the number of professional Russian troops in the zone of the antiterrorist operation.

But if I divulge the number that are aware our scouts, it will have a good understanding of the enemy, as far as we are aware of the situation, so I operate by the following figures: between 15 and 25 thousands of armed militants and from 5 to 10 thousands of Russian troops located on the territory of Ukraine, which is temporarily under the control of militants”, – said Seleznev.

At the headquarters of ATO reported for the last day the situation in the ATO zone is controlled. Voltage sources are Lugansk and Donetsk areas.

Was recorded 36 cases of opening fire from militants. Attacks were carried out with the use of guns, mortars and “Grad”.