Leader FC Barcelona, Leo Messi on the eve of the match with Shakhtar in the Champions League has opened his official homepage at Facebook and it already broke the record for a social network. Within 24 hours of Leo fans were almost 6.7 million users! This number continues to grow. 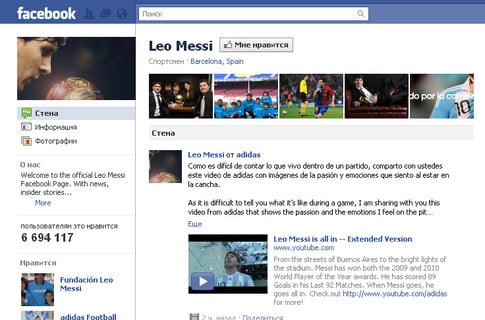 Interestingly, the fans of FC Barcelona in Facebook are 12 million users – but this time the existence of a page. Messi also scored in the first half of the day!

Mobile Marketing and Application of QR-Codes