This was announced by Vladimir Talalay, the first Deputy Chief of General Directorate of Defence and General Staff of mobilization planning APU, on the February, 4, at a briefing in Kiev, broadcasts “Interfax-Ukraine”.

“When crossing the state border, you do not need any permits from the military commissariat,” – he said.

According to him, information released about this fact is not consistent with reality.

“It was about the procedure of preparing the relevant documents, which are provided by the requirements of the decree of the President, who determined to turn out appropriate mechanisms and to make suggestions to the Verkhovna Rada about ordering the rules of crossing the border in the prescribed manner,” – said the representative of the General Staff.

Talalay said that there is no need to focus exclusively on “measures, tying people to the place of their residence or stay.”

As the “Comments” reported, it had been explained in the Ministry of Defence why the permission to travel abroad must be obtained an in the military registration and enlistment office. It was also reported that people liable for military service during the mobilization must have the appropriate certificate from the military registration and enlistment office while the departure not only from the country but also outside the administrative districts.

Earlier, the President of Ukraine had approved the introduction of additional measures to ensure the holding of partial mobilization in 2015. In addition, it was reported that in March the military commissariats will give the police information about citizens who try to evade mobilization. 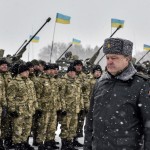 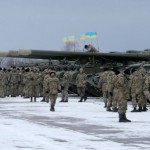 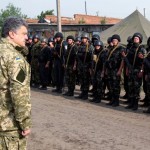