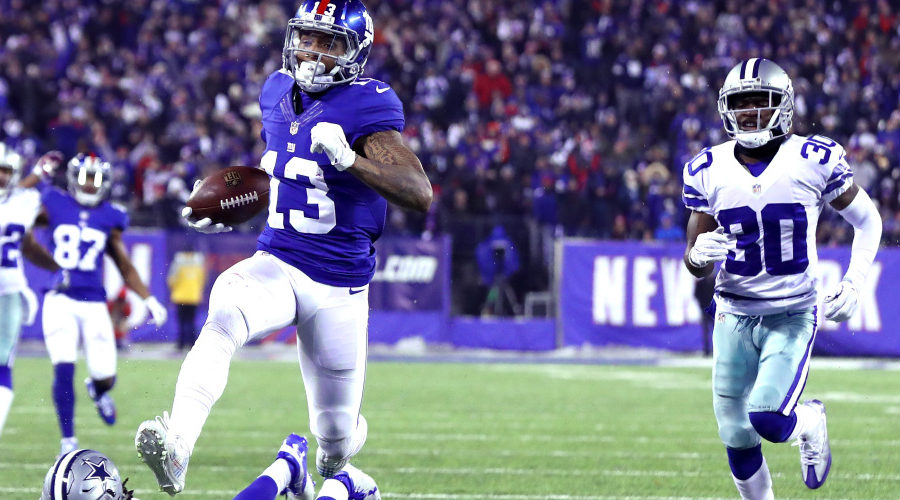 Who are the New York Giants captains

And again about legendary New York Giants. If you liked our previous article about this guys, keep reading. This time we will tell you about current team’s captains. Hope it will be informative and at the same time interesting.

Off the field, Eli Manning has been active in the efforts to rebuild New Orleans after Hurricane Katrina and to raise awareness in conjunction with the Gulf oil spill of 2010. He also hosts Guiding Eyes for the Blind’s Golf Classic, an annual charity event, and has undertaken a campaign to raise $2.5 million for the construction of the Eli Manning Children’s Clinic at the University of Mississippi Medical Center’s children’s hospital.

When you think phenomenal NFL linebackers both past and present, 2x Super Bowl Champion Jonathan Casillas comes top of mind. Born in Jersey City and a product of New Brunswick, Casillas, commonly referred to as Jade after his five year old daughter, is an NFL veteran entering into his ninth professional season. Standing at 6’1, 227 pounds, the clean cut leader was humbly voted as captain of the New York Giants by his team of peers in 2016.

More than an athlete, Casillas is a philanthropist with a passion to inspire. In Spring 2013 he participated in “Cut for a Cure” to raise awareness for Pediatric Cancer. Casillas also gives back to his community and hometown in New Brunswick through his “Forward Progress Football and Life Skills Camp” which is the second largest camp by any professional football player. Each year the event caters to over 200 youth ages six to twelfth grade equipping them with athletic and life skills including healthy living, positive vs negative uses of social media, NCAA and college processes and more.

Inspired by his amazing daughter Jade Casillas, Jonathan is the definition of a well rounded individual. With his passion to live life the way you want to, fans of all walks of life can expect to see more great things from him in the near future.

Zak is Captain of Special Teams and Long Snapper for the New York Football Giants. Drafted in the fourth round of the 2007 NFL Draft, Zak has won two Super Bowl Championships with the Giants, Super Bowl XLII and Super Bowl XLVI, against the New England Patriots. He has also been named to two Pro Bowl winning teams, selected in 2008 and 2010 as the NFC’s need player. Zak serves as the NFL Players Association Representative for the Giants, and was active during the resolution of the 2011 Lockout.
Zak serves on the Board of New Jersey Needs You (NJNY), a non-profit organization that enables low-income, first-generation college students to realize their college and career ambitions. He is also an avid supporter of the Muscular Dystrophy Association, Lupus Foundation of America, and Punt, Pass and Kick Clinics with the Special Olympics of New Jersey.
Zak earned a B.A. in Public and Private Sector Organizations from Brown University. There, he played Linebacker for Brown Football, and was a two-time I-AA All-American and Buck Buchanan Award finalist. He was also named First-team All-America by The NFL Draft Report, Third-team All-America by the Associated Press and First-team All-Ivy League for three consecutive years.
Zak and his father, Steve DeOssie, hold the distinction of the only father-son pair to have won a Super Bowl for the same franchise. Originally from North Andover, MA, he currently resides in Hoboken, NJ with his wife Kate.