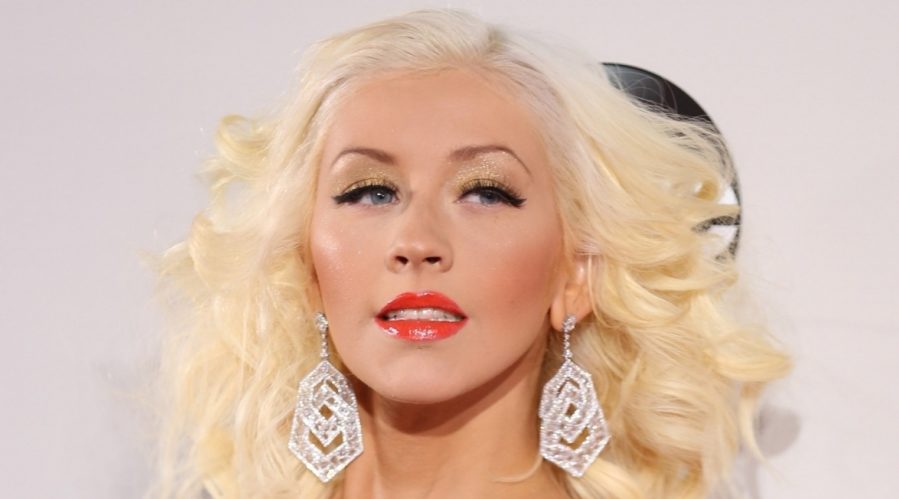 One of the most powerful voices in the music, Christina Aguilera, is the topic of our today’s talk. We wrote about her hard way to success, about highlights in her career and the personal life of this outstanding singer and actress. She is a great example and an inspiration for everyone who has troubles in life.

Christina Maria Aguilera was born on December 18, 1980, in Staten Island, New Aguilera’s early home life was troubled. Her was an abusive husband. It continued until Aguilera was 6 that her mother managed to end the marriage and move her two daughters (Christina and her younger sister, Rachel) to a new life in Rochester, Pennsylvania.

At an early age, Aguilera was absorbed by music — a gift she no doubts inherited from her mother, an experienced violinist, and pianist. By the time she was in elementary school, Aguilera’s big voice had swept through a number of local talent shows Than even caused harsh envy from her schoolmates and even some parents. It became so bad that Aguilera’s mother made the decision to home-school her daughter.But Aguilera continued to perform, and in 1990, she earned a spot on the nationally syndicated television program called “Star Search”. There, the 9-year-old prodigy wowed audiences with a mesmerizing rendition of Etta James’s “A Sunday Kind of Love,” placing second in the competition.

In 1993, Aguilera earned more attention when she got the role of a “Mouseketeer” on “The All New Mickey Mouse Club”. Her castmates were a collection of future stars, including Justin Timberlake, Britney Spears, Ryan Gosling and Keri Russell. The ambitious singer lasted just two years on the program before she moved with her mother to Japan, where she recorded the hit single “All I Wanna Do” with Japanese pop icon Keizo Nakanishi.

In 1999, she released her debut album, “Christina Aguilera”, which went on to sell more than 8 million copies and included some outstanding hits like “Genie in a Bottle” and “What a Girl Wants.” The album earned Aguilera the 2000 Grammy Award for best new artist.

Aguilera became one of the leading faces of a group of teen pop stars. After teaming up with Pink, Mya and Lil’ Kim on the popular single “Lady Marmalade,” Aguilera released her second album, “Stripped”, in October 2002. The album featured a number of hit singles, including “Dirrty,” “Beautiful” and “Make Over.”

In 2006, Aguilera changed course again with the release of “Back to Basics”. Like she’d done with her previous album, Aguilera used the music to help define her style.

In 2010, Aguilera returned to record stores with “Bionic”. She experimented with a more electronic-edged sound with this album, which featured collaborations with Le Tigre and M.I.A.

By the spring of 2011, however, Aguilera had gotten back on her feet with a full-time spot on a new television competition, “The Voice”. Aguilera served as a judge/coach for singers.  She was replaced by Shakira for the show’s fourth season. Around the time she left “The Voice”, Aguilera released the album ”Lotus”.

Proving her vocal abilities remained among the best in the business, Aguilera in 2015 won a Grammy Award with A Great Big World for their ballad “Say Something.”

While filming “Burlesque”, Aguilera had an affair with set assistant Matthew Rutler. The singer has a son, Max, from her previous marriage to record producer Jordan Bratman. Aguilera and Rutler welcomed their daughter, Summer Rain, on August 16, 2014.

Outside of her performance career, Aguilera has shown her compassionate side, working with AIDS awareness campaigns and affiliating herself with the Women’s Center and Shelter of Greater Pittsburgh. In early 2010, she took on the role of Ambassador Against Hunger for the World Food Program—a responsibility that led her to Haiti, where she helped earthquake victims.