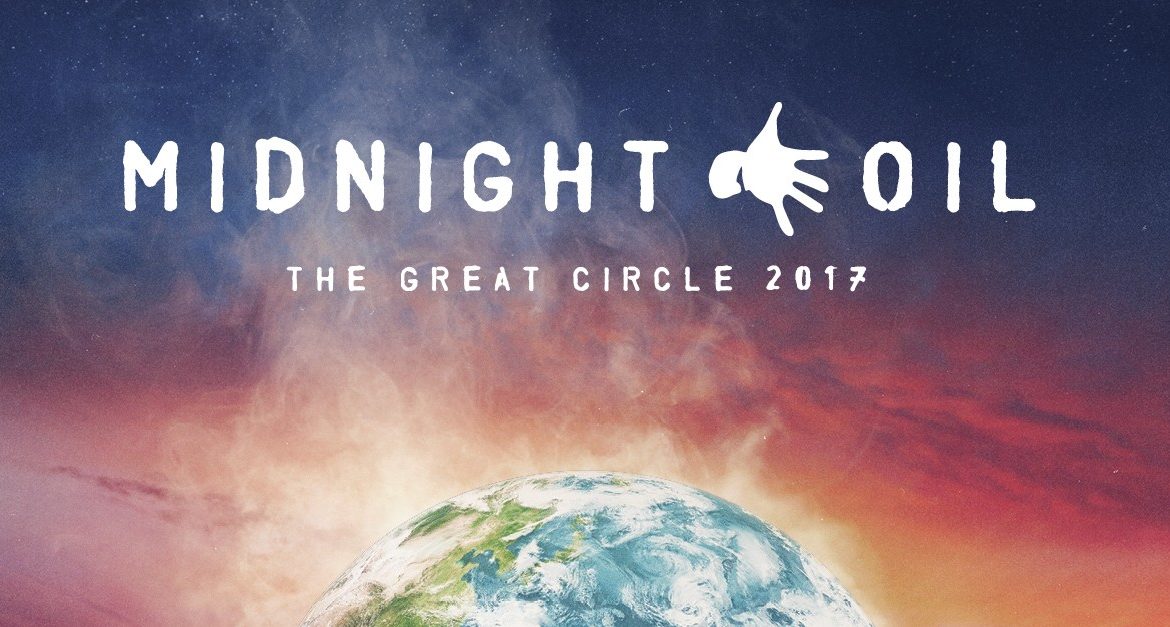 Get ready to the show of legendary Midnight Oil that has a place at the Webster Hall in New York, on the 14th  of May. The concert is provided as a part of the  Great Circle Tour. Become a witness of this unforgettable event and buy tickets right away!

Rob Hirst and Jim Moginie started making music together at school in 1972. They gradually evolved into Midnight Oil, with singer Peter Garrett joining in 1975 and Martin Rotsey, coming on board in the following year. Founding bass player, Andrew “Bear” James, was replaced by Peter “Giffo” Gifford from 1979 until 1987 when Bones Hillman joined the band.Between 1976 and the very early 80’s, these five young men played out this blistering ritual almost 1000 times.

The debut album, nicknamed “The Blue Meanie”, was released in 1978 and was a collection of primal, spiky rock ‘n’ roll. The song “Run By Night” became an instant classic and despite receiving next to no commercial radio support, the album cracked the Australian Top 50.

A second album, “Head Injuries”, followed the next year featuring the singles “Cold Cold Change” and “Back on the Borderline.Recalibrating their sound as they would do many times, the band’s new line-up released the 12″ “Bird Noises” EP.Their ambitions growing, the band decamped to England to record the “Place Without A Postcard” album with legendary producer Glyn Johns. By the time “Place Without A Postcard” was released in 1981, the Australian pub rock scene was at its zenith.

In 1982, their fourth album “10, 9, 8, 7, 6, 5, 4, 3, 2, 1” turned everything on its head. They deconstructed their sound and reassembled it into complex agitrock anthems like “Power And The Passion. As Midnight Oil expanded their creative ambitions they also expanded their audience. The album was a great success in Australia, staying in the Australians charts in excess of 200 weeks.

“Red Sails in the Sunset” came next. Recorded in Japan, it was released in 1983. In 1985, Midnight Oil performed an unforgettable live set on Sydney’s Me-mel (Goat Island) to celebrate the 10th birthday of music station 2JJ before reacting to the experimental extremes of their two previous albums with the fierce, streamlined EP “Species Deceases”, featuring enduring fan favourites like “Hercules” and “Progress” this was a reset that suggested a new beginning.

The band returned to Sydney and began work on their global breakthrough “Diesel and Dust”. The singles lifted from that album like “The Dead Heart”, “Put Down That Weapon”, “Dreamworld” and, of course, “Beds Are Burning” brought Midnight Oil to new audiences around the globe. It ultimately sold more than 6 million.

Among numerous other honors, “Beds Are Burning” is included in the U.S. Rock ’n’ Roll Hall of Fame as one of the “500 Songs That Shaped Rock ’n’ Roll”. “Diesel & Dust” was recently listed at #1 in the definitive book “100 Best Australian Albums”.

Midnight Oil’s creative evolution continued with 1993’s “Earth and Sun and Moon”. Next album, “Breathe” which they recorded in Sydney and New Orleans, was released in 1996.

In 2000 the band performed to an audience of over a billion people at the closing ceremony of the Sydney Olympic Games revealing clothing.

In May 2016 they made headlines with a surprise announcement via Facebook that they would be “getting back together for some gigs next year“.

On February 17, 2017, the band announced that they would be touring the world from April through November of this year. The tour will be accompanied by the release of three new box sets; one will contain all their existing LP’s and EP’s, another will contain all their existing CD’s and videos plus there will be a new 4 CD/8DVD treasure trove of previously unreleased and rare material called “The Overflow Tank”.

As the tour name implies, “The Great Circle” will begin with an April pub gig in Sydney and then loop around Brazil, North America, Europe and New Zealand before climaxing with a lap of Australia. These circles of both the globe and their homeland will close with one more Sydney show on Remembrance Day.

Midnight Oil is still more than just a rock ’n’ roll band and in 2017 they will bring things back to where they all began. The circle remains unbroken.

So, are you ready for the mind-blowing returning of the Midnight Oil? Hope, yes. Because this show should be seen by everyone. The show has a place at the Webster Hall – one of the most famous nightclubs and concert venues in the New York. Don’t lose your chance and go ahead for the tickets.

The tickets for this show will cost you $25-$118 for those one one the floor, and the price of the balcony tickets varies now from about $50 to $100 per one.

Desiigner in New York on the 15th of May. Get the tickets right away!

No Replies to "Meet the Midnight Oil in New York City"