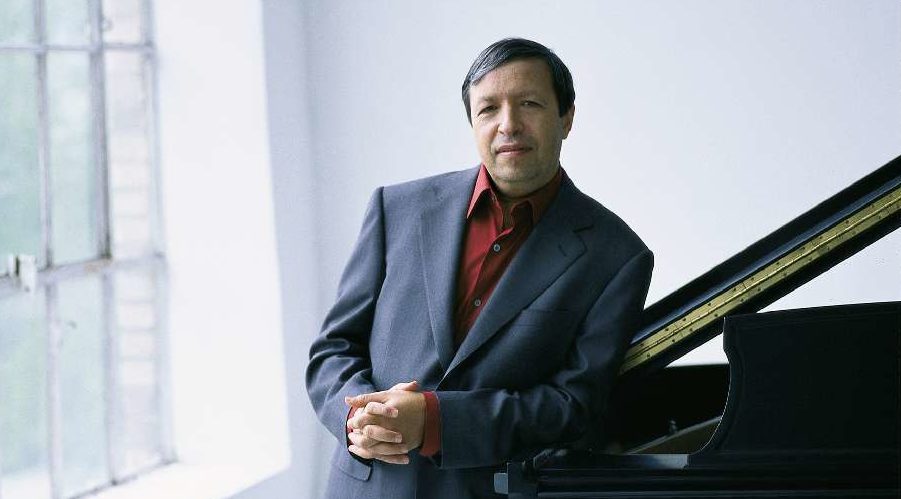 If you are a fan of a classic music, then you definitely must to listen to it live. A great chance for you to see and to listen to it live is a performance of Murray Perahia at the Carnegie Hall in New York on the 19th of May. Tickets, place, date, the performer – actually all you need is here!

Murray Perahia: The life of legend.

Murray Perahia, was born April 19, 1947 in New York City, of Sephardic Jewish origin. He began playing the piano at the age of only four. However, he didn’t think about playing music seriously, until he was 15. At the age of 17, he decided to enter Mannes College, where he studied keyboard, conducting, and composition with his teacher and mentor Mieczyslaw Horszowski (famous Polish-American pianist). He also attended Marlboro, where he studied with Rudolf Serkin (also a well-known pianist, and Pablo Casals (Spanish cellist, composer and conductor), amongst others. In 1972, he won the 4th Leeds Piano Competition, helping to cement its reputation for advancing the careers of young pianistic talent.
In 1973 Murray Perahia worked with Benjamin Britten (English composer, conductor and pianist) and Peter Pears (English tenor singer) at the Aldeburgh Festival. He became co-artistic director in 1981, stepping down in 1989. Perahia famously held a close acquaintance with an elder Vladimir Horowitz, who had a defining influence on his pianism. His first major and considerable project was the complete piano concertos by W.A. Mozart, conducted from the keyboard with the English Chamber Orchestra. In the 1980’s, he also recorded the complete L.v. Beethoven piano concertos, with Bernard Haitink (famous Dutch conductor) and the Concertgebouw Orchestra Amsterdam.

In 1992, Murray Perahia’s career was threatened by a bone abnormality in one of his hands that had to be operated on. A bone spur on his thumb was causing inflammation, and he had to spend several years away from the piano, enduring a series of operations. During that time, he reportedly listened to the music of J.S. Bach. After being given the all-clear, he produced in the late 1990’s a series of award-winning recordings of J.S. Bach’s keyboard works, most notably a cornerstone rendition of the Goldberg Variations (BWV 988). This has caused him to be regarded as a latter-day J.S. Bach specialist. He has since made recordings of Frédéric Chopin’s etudes, and of F. Schubert’s late piano sonatas. He is currently editing a new Urtext edition of L.v. Beethoven’s piano sonatas. He is regarded as one of the most popular pianists on record today. His ecordings are characterized by a consistent quality of sound, technique/interpretation and a careful attention to dynamic and stylistic details.

Besides his solo career, Murray Perahia is active in chamber music and appears regularly with the Guarneri and Budapest Quartets. He is also Principal Guest Conductor of the Academy of St Martin-in-the-Fields orchestra, with which he records and performs.

In 1998, Murray Perahia was presented with the 1997 Instrumentalist award by the Royal Philharmonic Society. In 1999, he received an Honorary Doctorate in Music from the University of Leeds. Murray Perahia is an Honorary Fellow of the Royal College of Music and the Royal Academy of Music. On March 8, 2004, Queen Elizabeth II of the UK made him an honorary Knight Commander of the British Empire, in recognition of his outstanding service to music. Other Awards and Recognitions: Claudio Arrau Memorial Medal of The Robert Schumann Society (Awarded in 2000 during the 7th International Schumann Festival); Grammy Award for Best Chamber Music Performance (David Corkhill, Evelyn Glennie, Murray Perahia & Georg Solti for Béla Bartók: Sonata for Two Pianos & Percussion, 1989); Grammy Award for Best Instrumental Soloist Performance (without orchestra) (Andreas Neubronner (producer & engineer) & Murray Perahia for F. Chopin: Études, Op. 10 & Op. 25, 2003; Murray Perahia for J.S. Bach: English Suites Nos. 1, 3 And 6, 1999).

Murray Perahia lives in London. In early 2006, his hand problem recurred, prompting him to withdraw from the concert stage on the advice of his doctors. As of April 2006, he has cancelled several appearances at London’s Barbican as well as a ten-city national tour in the USA.

Performance on the 19th of May

Murray Perahia’s place in the pantheon of great pianists is indisputable. A master of a vast range of repertoire, he can reveal the complex inner voices of a Baroque fugue with stunning clarity, pour out a sustained legato line in a Romantic nocturne, or summon thunder in a Beethoven sonata. In addition to his total technical mastery of the instrument, he is a musician of big ideas and relishes the opportunity to air them in a large public forum.

Don’t you think this show it is something that definitely worth seeing? Buy tickets now and become a witness of the fantastic performance on the 17th of May. The price for tickets varies from $20.50 to $126. But the experience is actually priceless.

Who is the one Ryan Serhant from “Million Dollar Listing New York” is dating with?