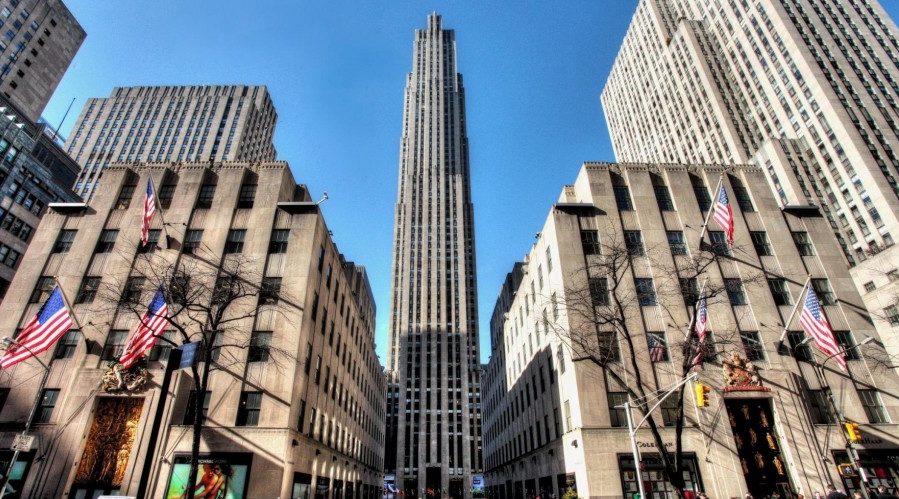 Today, read about Rockefeller Center on of the most significant destinations in New York City. Here you will find out some new facts about this place you didn’t know earlier.

The Rockefeller Group is a private company based in New York City. The company is involved in estate operations in the United States. The Rockefeller Group began their development of building Rockefeller Cener. After building this huge complex from 1931 to 1939, the company developed several towers in surprisingly short terms, from the late 1940s into the 1950s and 1960s. It entered into a partnership with Time Inc. and constructed a 48-story building for the company that opened in 1959; this spearheaded the expansion of the Center to the west of 6th Avenue, Avenue of the Americas. By the early 1970s, it added four towers to Rockefeller Center, increasing the size of the original complex almost twice.

Today, The Rockefeller Group occupies 720,000 m2 of office space. The eastern and original part of the Center is now owned by Tishman Speyer and Lester Crown.

The Rockefeller Center in Midtown Manhattan is an Art Deco New York City landmark. Featuring 19 commercial buildings and occupying 89,000 m2 in New York, it is one of the most popular attractions in the city. A center is a spot, to numerous events and celebrations that are provided all over the year. It was built in 1939 and was the creation of famous New York businessman, John D. Rockefeller.
With so much history and culture surrounding it, the Rockefeller Center is a destination that must be seen by every visitor of the New York City

The Pandorica - Doctor Who restaurant in New York