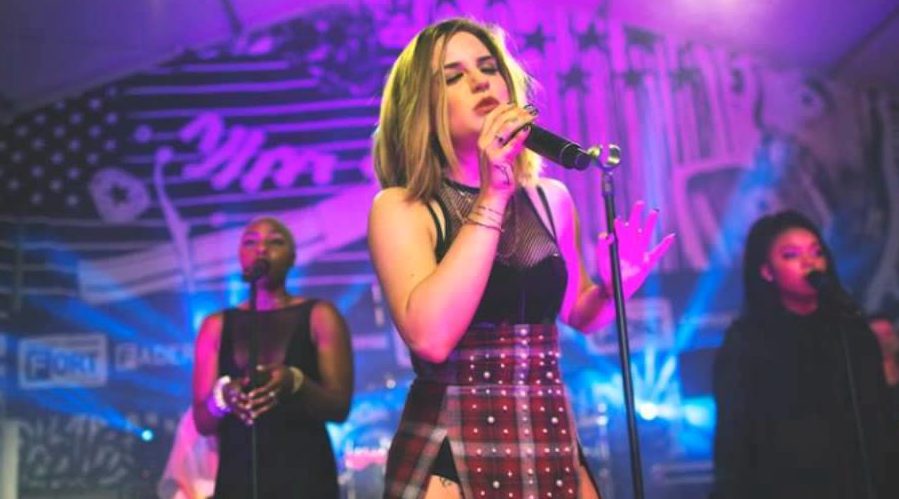 Top 5 places to see after JoJo concert in New York

Opened in 1839 Union Square Park has served as home base for countless community events and festivals. This former burial ground has seamlessly transitioned from a town square to a bustling City park, and as such, it is the deserved home of statues depicting distinguished men like George Washington, Abraham Lincoln, Mohandas Gandhi, and Marquis de Lafayette. Come see what the United States Department of the Interior has designated a National Historic Landmark and absorb the energy of past and present Union Square parkgoers. Pavilions, plazas, and playgrounds. The park fixes them all.

If you are into art the New York City opens for you doors of a hundred art galleries. We want to offer you one that is just in two minutes from Irving Plaza. Susan Sheehan Gallery specializes in American Post-War and Contemporary prints and works on paper, with an emphasis on Minimalism and Pop Art. The gallery focuses on the prints and works on paper by artists such as Josef Albers, Vija Celmins, Willem de Kooning, Richard Diebenkorn, David Hockney, Jasper Johns, Donald Judd, Ellsworth Kelly, Sol LeWitt, Roy Lichtenstein, Brice Marden, Joan Mitchell, Bruce Nauman, Ed Ruscha, Fred Sandback, Richard Serra, Wayne Thiebaud, Cy Twombly, and Andy Warhol, among others. Susan Sheehan Gallery invites to view their collection by appointment and continues to participate in art fairs within the US, including the IFPDA Print Fair, the ADAA Art Show, and The Armory Show, among others.

The Ukrainian Museum is the largest museum in the U.S that preserves and exhibits rich cultural heritage of Ukrainians. The folk art collection, with more than 8,000 objects, is one of the biggest and the most important collections outside of Ukraine.

The fine arts collection consists of 2,000 paintings, drawings, graphic works, and sculptures by Ukrainian artists. The Museum offers a range of public programming throughout the year (gallery talks, lectures, conferences, symposiums, concerts, and book presentations).  This place definitely worth the visiting.

It is a comedy club with funny and entertaining shows. Four warriors compete in comedic challenges to avoid electric shocks, paintballs, a giant egg-smashing chicken, and many more hilarious and jaw-dropping punishments.  A full menu/bar is available and audience members enjoy sushi and sake. BATSU! takes place in an underground lounge theater in NYC’s “Little Tokyo.”

Great place to sunbathe, lunch, walk around, watch performances, listen to the live music. No matter what season, it’s always great to take a walk through this park.  Well-known for its arch, honoring George Washington, the man for whom the park is named, and its fountain, the arch’s elder by 43 years and a popular meeting spot, Washington Square Park also houses several other monuments and facilities.

Go ahead for other useful and interesting articles about the concert and the nearest places like where to stay and where to eat.

Top 5 hotels near the Irving Plaza in the New York

Watch Out: The Revolution in the New York City. Catch the last tickets