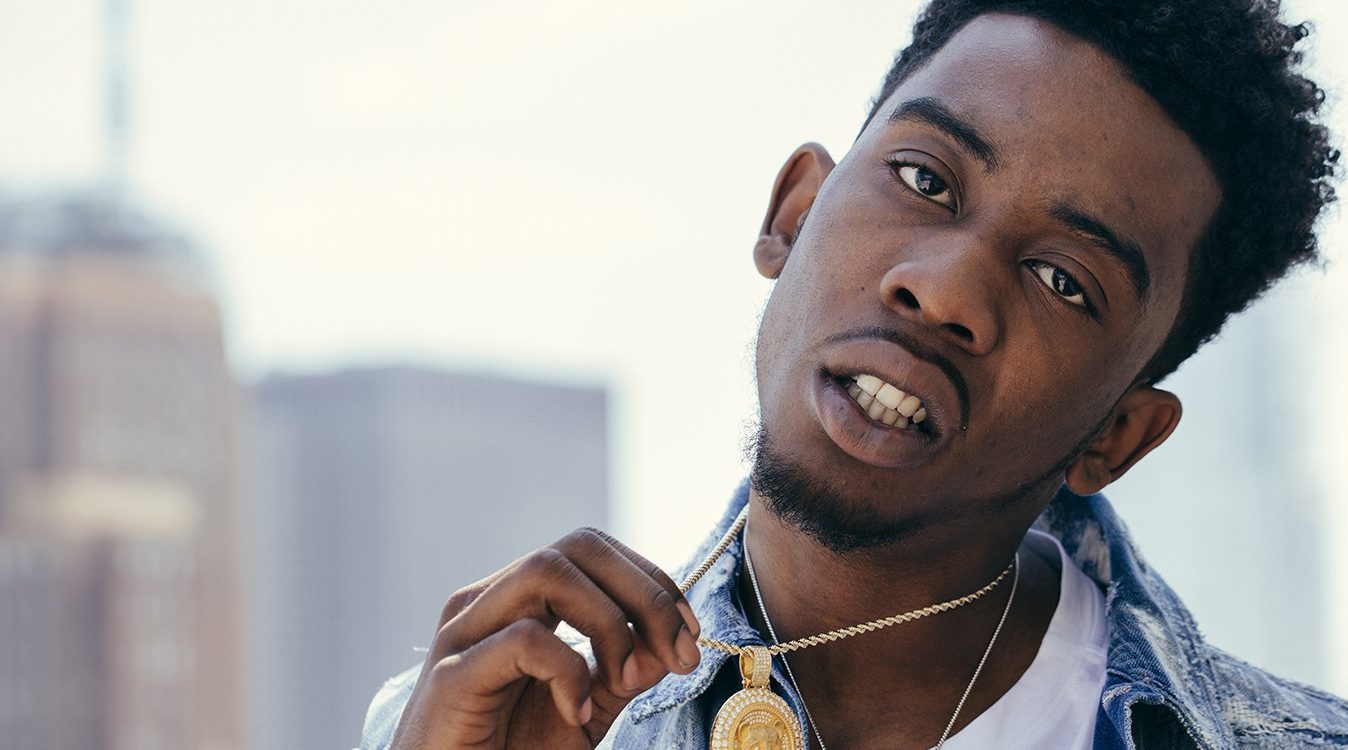 Desiigner in New York on the 15th of May. Get the tickets right away!

20 years old rapper Desiigner is taking the music industry by storm. On the 15th of May, he is going to rock the stage of the PlayStation Theater in New York City. That is why we have prepared for you a little background of his career. Read about his way to success, “New English” album and tour, and the show in New York as well.

How it all began

Sidney Royel Selby III (the real name of Desiigner) was born in Brooklyn, New York City. Desiigner may not sound like the usual New York rapper name, but the young performer hails from the same borough as Jay-Z, Fabolous and The Notorious B.I.G. Like Jay-Z and Biggie, Desiigner grew up in Bedford-Stuyvesant neighborhood of Brooklyn. He began singing in school choir and church. He embarked on his music career at the age of 14.

He was first introduced to fans by Kanye West on his “Life of Pablo”. Desiigner’s debut single “Panda” burned up the charts. According to Billboard Hot 100, he has the biggest gains in digital sales in 1 week.

Panda – the trap banger that came out of nowhere and beat Beyoncé and Drake to a Billboard number one – the 20-year-old’s sights are set even higher.  With a beat he bought for $200, Desiigner came up with the song’s hook in two days but didn’t get back to finishing the song a year and a half later. Desiigner originally wanted to give the hook to a more established rapper, but his manager convinced him to finish the song himself.

With Desiigner’s newfound success comes a lot of haters and enemies. There has been much criticism of his likeness to Future. But he has come out in defense of that and made clear ‘there is only one future’. Nut most notably Rich Homie Quan has come out and said that “too many rappers’ are trying to be like everyone else”, in a recent instagram video posted by DJ Akademiks.

Millions of YouTube views, being sample by Kanye… none of this is really phasing Desiigner. “I knew it was going to happen” he insists. “I have these very high standards. I always knew when I was younger I would make it. I’m from the projects, but I always saw myself on a higher platform, I saw myself as bigger…”

“New English” is the debut mixtape by American rapper Desiigner. It was released on June 26, 2016, by GOOD Music and Def Jam Recordings. “New English” features guest appearances from Pusha T, King Savage and Mekado. The mixtape’s well-known lead single “Panda” was released on December 15, 2015. The mixtape received mixed reviews from music critics. The mixtape was praised for its production but criticized for its lack of originality, unfinished nature and Desiigner’s own performance on the project. In the United States, “New English” debuted at number 22 on the Billboard 200, with 13 million streams of its songs, which account for 56% of the 16,000 album-equivalent units according to Billboard.

Anyone who has seen Desiigner wild out on stage will tell you that he was born to be a performer, and fans will be happy to know he will be taking that unique energy across North America this Spring. Tickets became available on sale February 9th. The Brooklyn rapper has announced The Outlet Tour, which kicked off April 2nd in Seattle, Washington. The 25-date tour will take Desiigner through the major cities in the states, and will wrap up with one Canadian date in Toronto May 16th.
Later on, he’ll be doing some festivals overseas, hitting Switzerland, Belgium, Germany, and Russia.

On the 15th of May, the Desiigner gives a concert at the PlayStation Theater, a 2100-capacity venue. The tickets price is about from $20-150 for one ticket, depends on how close do you want to watch the show. This is almost the last date in his tour. Don’t lose your chance to see the rapper in your own eyes.

The Pandorica - Doctor Who restaurant in New York

No Replies to "Desiigner in New York on the 15th of May. Get the tickets right away!"